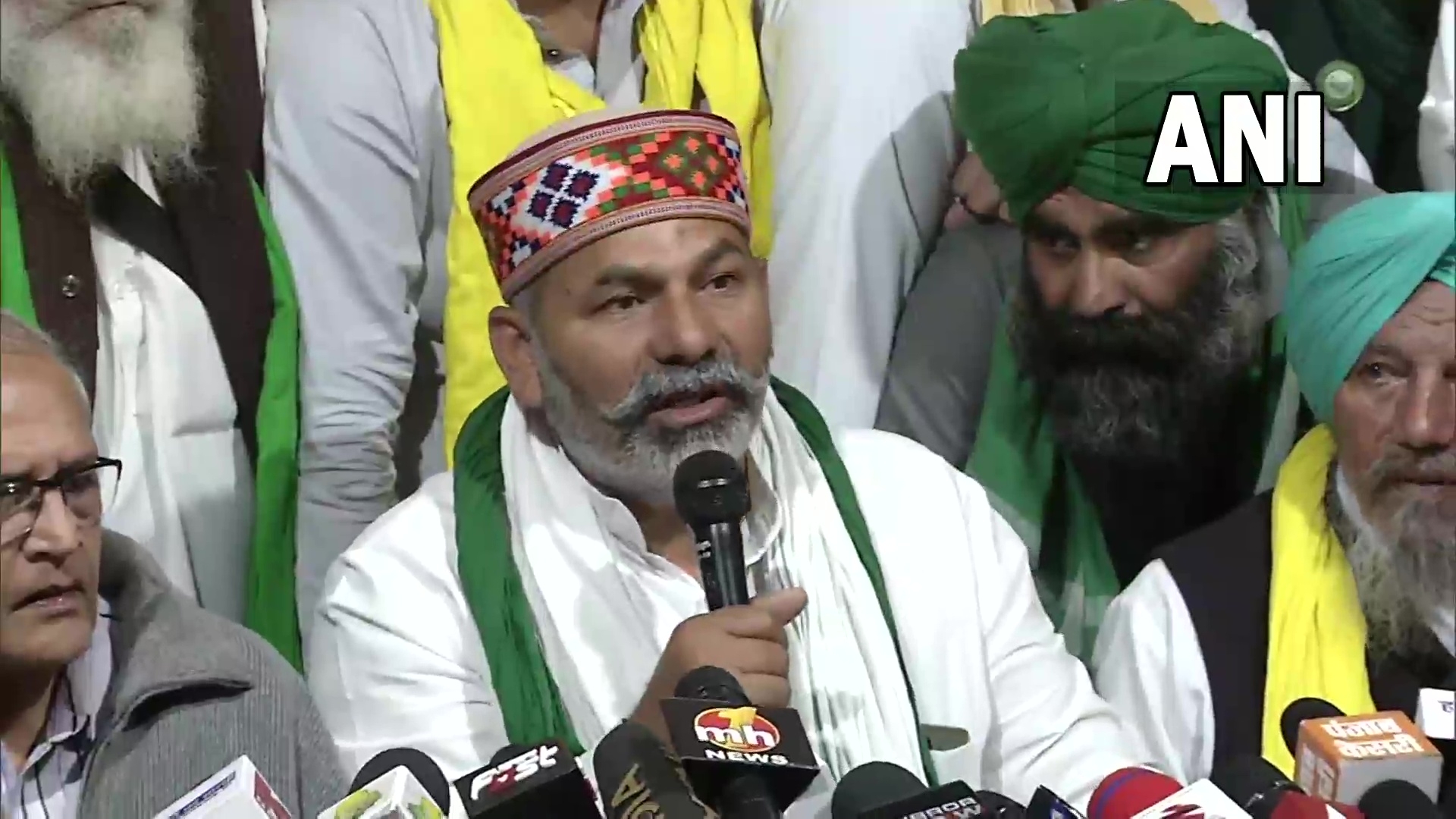 A five-member panel of farmers' leaders will hold talks with the government to discuss the remaining issues, it was decided at a meeting near Delhi on Saturday, that also discussed vacating the protest sites where a year-long campaign led to the reversal of three new agricultural laws.

"Samyukta Kisan Morcha (SKM) has formed a 5-member committee to talk to the government of India. It'll be the authorised body to talk to the Centre. The committee will have Balbir Singh Rajewal, Shiv Kumar Kakka, Gurnam Singh Charuni, Yudhvir Singh & Ashok Dhawale. Next meeting of SKM on December 7", said farmer leader Rakesh Tikait.

The farmers will continue the protest over their demands like widening the Minimum Support Price or MSP programme that guarantees prices for certain produce, dropping cases filed against protesters over the last year and others.

The meeting took place near the Singhu Border between Haryana and Delhi assumes significance, as it is happening less than a week after the Centre had passed a bill in Parliament to repeal the three contentious farm laws.

Farmer leaders on Friday had said any decision on whether to send five names to the Centre for a panel on MSP will be taken in the meeting as they have not yet received any formal communication from the government.

Repeal of the farm laws was one of the main demands of the protesting farmers. But the stalemate continues as their other demands such as legal guarantee on MSP, compensation to families of farmers who died during the movement and withdrawal of cases against them are still to be met.

On Monday, the central government had passed a bill in parliament to repeal the three contentious farm laws.

During the meeting, members also pondering over pending demands of the protesting farmers which include legal guarantee on minimum support price (MSP) of crops, withdrawal of cases against farmers, compensation to kin of farmers who lost their lives during the agitation.

"Along with discussing our pending demands, the SKM will decide future course of the movement. Since we have not yet got any formal communication from the Centre to submit names of five farmer leaders for a committee on MSP, we will decide in the meeting whether we have to send the names to them," SKM core committee member Darshan Pal told PTI on Friday.

The Centre on Tuesday had demanded five names from the SKM to form a panel to deliberate on MSP and other issues.

However, later on Friday the SKM in a statement had said that its leaders had received a phone call from the Centre on the issue but there was no formal communication.

The SKM, an umbrella body of 40 farmer unions, in a statement on Friday said that farmers struggle for pending demands continues as their is no formal assurance from the Centre as yet on them.

"SKM has not received any reply from the government in response to its letter to the Prime Minister, where SKM had raised six key demands as a pre-condition for withdrawal of the farm movement," the statement said.

It said that permanent morchas in dozens of places continue at Delhi borders and elsewhere.