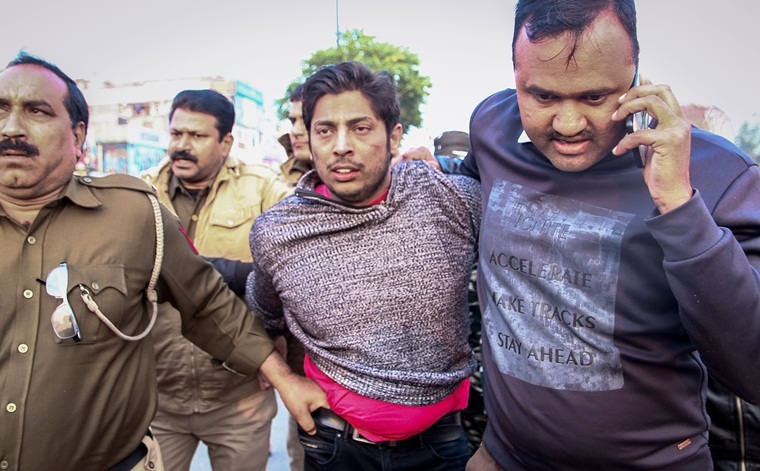 The Election Commission on Wednesday removed a senior Delhi Police officer from poll duty, this came a day after he said that the Shaheen Bagh shooter was a member of the Aam Aadmi Party.

According to a report by Scroll.in, Delhi Police DCP Rajesh Deo, on Tuesday, told reporters that the Shaheen Bagh shooter, Kapil Gurjar, was was a member of the Aam Aadmi Party (AAP).

The Election Commission said that Deo's statement was "totally uncalled for" and has "consequences" for "free and fair elections". The EC has directed that Deo will not be allocated any related work. Also, a warning will be issued to Deo communicating the displeasure of the commission on his conduct and a copy of the same will be placed in his CR dossier. The poll panel said it has considered the matter in detail and is of the view that the statements referred to the political party when the investigations are still going on have the effect of adversely impacting the elections. "The Commission has considered the matter in detail and is of the considered view that the above-referred statements referring to a political party at this stage even as the investigation is still going on have the effect of adversely impacting the elections. This action was totally uncalled for. The conduct on the part of Rajesh Deo has consequences on the holding of free and fair elections," the poll panel said in a letter to the Delhi Police commissioner. The commission has asked the Delhi Police to file a compliance report by 6 pm on Thursday.

Deo had on Tuesday told media that photographs recovered from Kapil's phone show him and his father in the company of prominent leaders of AAP. "We recovered the pictures from his phone during the course of the investigation. Kapil has confessed that he and his father joined AAP somewhere between January-February 2019," the police officer had said.

The Aam Aadmi Party after Rajesh Deo's comments said that it was wrong for a police officer to name a political party when the investigation is not even completed. AAP's Rajya Sabha MP Sanjay Singh said that "The law says that no official can name a (political) party until it has permission from the EC (when the MCC is imposed). Did the DCP take permission from the EC? No, he has the permission of (Home Minister Amit) Shah and the BJP."

The Rajya Sabha MP also questioned as to how the photo was leaked to the media and the BJP while the probe was still going on. "How the photo, if it was part of the investigation, reached the media and the BJP leaders? For the past three days, BJP was saying that AAP is involved (in the shooting). They have been saying that he belongs to AAP. Does that mean the BJP leaders were involved in the investigation," the AAP leader asked. Singh also said that no matter what the BJP does, the people of Delhi will vote for AAP on February 8. "All this is happening because the BJP is scared of defeat," Singh said.