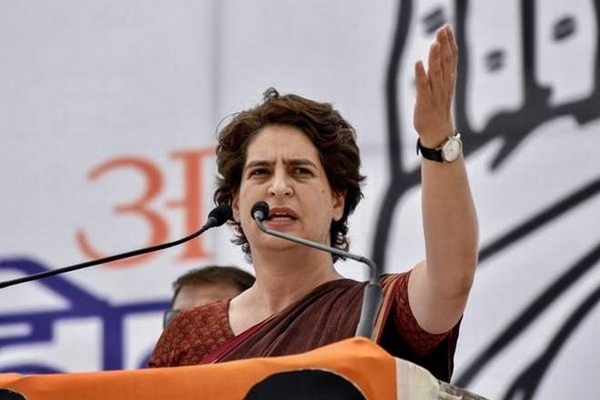 Amethi (UP): Taking a swipe at Prime Minister Narendra Modi over his remarks that he comes from a very backward caste, Congress General Secretary Priyanka Gandhi on Sunday said that she does not have any knowledge of his caste and the opposition has never talked about it.

“I am still not aware of the caste that Modi belongs to. And the opposition and the Congress have never raised the issue of his caste,” she told the media at Busiyave village here.

Gandhi said that the Congress had only been raising issues such as development, health services, employment, education, women safety and farm distress. Gandhi’s remarks came a day after Modi told a rally in Kannauj in UP: “Behenji (Mayawati) is distributing my caste certificate. And now that she has started it, I must tell you that I come from the most backward caste in Gujarat.

“I was not aware of my caste till Behenji, Akhilesh Yadav and Congress began mentioning it. I am grateful to them, yet I am not in caste politics. I ask them not to drag me into caste politics,” he added. Gandhi also slammed the BJP’s use of nationalism as an election plank. “Nationalism is about serving the people, finding solutions to problems faced by the people. “But what are they doing? They are not listening to the problems of the people.

Their voices are suppressed. This is not nationalism,” she said. Hitting out at Union Minister and BJP candidate Smriti Irani, who is contesting again against Congress President Rahul Gandhi from Amethi, Priyanka Gandhi said: “She has insulted the people of Amethi by distributing shoes to them.”

She said that the way in which the BJP was fighting the elections by distributing money and shoes was not correct.  “Elections are not fought like this. One has to go among the people, listen to their grievances and find solutions, and inform them about what you are going to do for them.”

The Congress leader, who is in charge of eastern Uttar Pradesh for the Congress, said the people of Amethi have high self-esteem and have never begged for anything.  “I have been coming here since I was 12 and I’ve never seen the people demanding anything from us,” she said.