J&K Director General (Prisons) Hemant K Lohia was found dead in his home in the Udaywala area of Jammu on the intervening night of Monday and Tuesday, said the police.

Jammu: The domestic help, who is accused of murdering Director General of Prisons HK Lohia, was arrested on Tuesday after a nigh-long manhunt, the police said.

"In a major manhunt launched by J&K police throughout the night, the accused, identified as Yasir Ahmed Lohar, involved in the murder case of DG Prisons, Hemant Lohia has been apprehended," J&K police informed on Twitter.

Interrogation of the accused has started, it added.

According to reports, Lohar was arrested from a field in Kanhachak area.

Lohar is a resident of Halla-Dhandrath village in Ramban district.

J&K Director General (Prisons) Hemant K Lohia was found dead in his home in the Udaywala area of Jammu on the intervening night of Monday and Tuesday, said the police.

There were  burn injuries and his throat was slit, officials said. The senior police officer was found dead with his throat slit.

The Jammu and Kashmir police earlier tweeted, "Dead body of Hemant Lohia DG Prisons J&K found under suspicious circumstances. First Examination of the scene of crime reveals this as a suspected murder case. The domestic help with the officer is absconding. A search for him has started.

The personal diary of the man, who allegedly killed a top police officer in Jammu, reveals a depressed mind fixated on death, police said.

NDTV quoted police sources as saying that a note from the man's personal diary reads, "Dear death, come into my life. I'm sorry I am having a bad day, week, month, year, life." 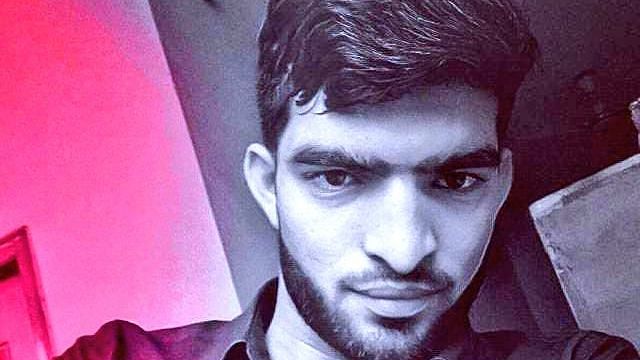