Do you think aliens exist? Here are 5 claims of their existence 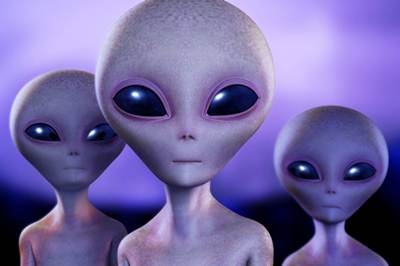 A former head of Israel‘s military space program claims that extraterrestrials have made contact with officials in the United States and Israel over the years, but the aliens won’t come out in public because they worry people will freak out.

Now, let's take a look at 5 major claims on existence of aliens:

In 2002, Russian astrobiologists claimed that super-hardy Deinococcus radiodurans evolved on Mars. The microbe can survive several thousand times the radiation dose that would kill a human.

The Russians zapped a population of the bacteria with enough radiation to kill 99.9%, allowed the survivors to repopulate, before repeating the cycle. After 44 rounds it took 50 times the original dose of radiation. They calculated that it would take many thousands of these cycles to make common microbe E.coli as resilient as Deinococcus. And on Earth it takes between a million and 100 million years to encounter each dose of radiation. Therefore, there just has not been enough time in life’s 3.8 billion year history on Earth for such resistance to having evolved, they claim.

By contrast, the surface of Mars, unprotected by a dense atmosphere, is bombarded with so much radiation that the bugs could receive the same dose in just a few hundred thousand years. The researchers argue that Deinococcus’s ancestors were flung off of Mars by an asteroid and fell to Earth on meteorites. Other experts remain sceptical.

2. 2002, Chemical hints of life are found in old data from Venus probes and landers. Could microbes exist in Venusian clouds?

Life in Venus’ clouds may be the best way to explain some curious anomalies in the composition of its atmosphere, claimed University of Texas astrobiologists in 2002. They scoured data from NASA’s Pioneer and Magellan space probes and from Russia’s Venera Venus-lander missions of the 1970s.

Solar radiation and lightning should be generating masses of carbon monoxide on Venus, yet it is rare, as though something is removing it. Hydrogen sulphide and sulphur dioxide are both present too. These readily react together, and are not usually found co-existing, unless some process constantly is churning them out. Most mysterious is the presence of carbonyl sulphide. This is only produced by microbes or catalysts on Earth, and not by any other known inorganic process.

The researchers’ suggested solution to this conundrum is that microbes live in the Venusian atmosphere. Venus’s searingly hot, acidic surface may be prohibitive to life, but conditions 50 kilometres up in the atmosphere are more hospitable and moist, with a temperature of 70°C and a pressure similar to Earth.

3.2003, Sulphur traces on Jupiter’s moon Europa may be the waste products of underground bacterial colonies

In 2003, Italian scientists hypothesised that sulphur traces on Europa might be a sign of alien life. The compounds were first detected by the Galileo space probe, along with evidence for a volcanically-warmed ocean beneath the moon’s icy crust.

The sulphur signatures look similar to the waste-products of bacteria, which get locked into the surface ice of lakes in Antarctica on Earth. The bacteria survive in the water below, and similar bacteria might also thrive below Europa’s surface, the researchers suggest. Others experts rejected the idea, suggesting that the sulphur somehow originates from the neighbouring moon Io, where it is found in abundance.

4.2004, Methane in the Martian atmosphere hints at microbial metabolism

In 2004 three groups – using telescopes on Earth and the European Space Agency’s Mars Express orbiting space probe – independently turned up evidence of methane in the atmosphere. Nearly all methane in our own atmosphere is produced by bacteria and other life.

Methane could also be generated by volcanism, the thawing of frozen underground deposits, or delivered by comet impacts. However, the source has to be recent, as the gas is rapidly destroyed on Mars or escapes into space.

In January 2005, an ESA scientist controversially announced that he had also found evidence of formaldehyde, produced by the oxidation of methane. If this is proved it will strengthen the case for microbes, as a whopping 2.5 million tonnes of methane per year would be required to create the quantity of formaldehyde postulated to exist.

There are ways to confirm the presence of the gas, but scientists will need to get the equipment to Mars first.

5.2004, A mysterious radio signal is received by the SETI project on three occasions – from the same region of space

In February 2003, astronomers with the search for extraterrestrial intelligence (SETI) project, used a massive telescope in Puerto Rico to re-examine 200 sections of the sky which had all previously yielded unexplained radio signals. These signals had all disappeared, except for one which had become stronger.

Nevertheless, there is also a good chance the signal is from a never-seen-before natural phenomenon. For example, an unexplained pulsed radio signal, thought to be artificial in 1967, turned out to be the first-ever sighting of a pulsar.

Him: "Why wouldn't we be ready for a Galactic Federation?"
Me: *motions around to everything*

The news also sparked jokes about a potential conflict between Trump’s Space Force and the Galactic Federation — a conflict that we likely would have no chance of winning, if Eshed’s claims are true.

*Earth gets denied membership to the Galactic Federation*