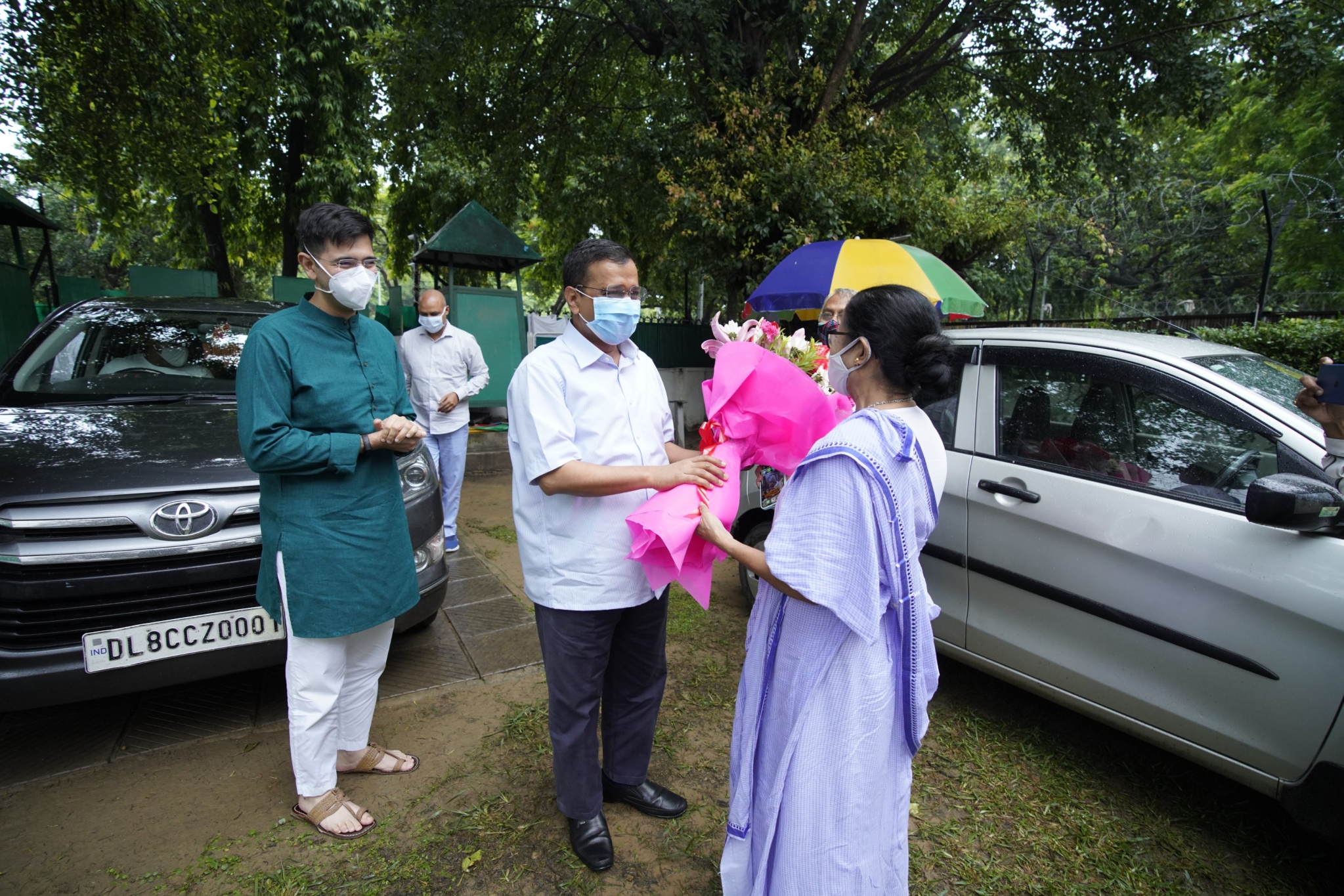 "Met @MamataOfficial didi today. It was our first meeting since her resounding victory in West Bengal assembly elections. Conveyed my best wishes and discussed several political issues with her," Kejriwal tweeted.

"Sonia ji invited me for tea, Rahul ji was also there, We discussed the political situation in general, Pegasus & COVID situation and also discussed the unity of opposition. It was a very good meeting. I think the positive result must come out in the future," the West Bengal Chief Minister said.

When asked if she will lead the Opposition in the 2024 Lok Sabha elections, Mamata Banerjee said, "It is essential for everyone to come together in order to defeat BJP...Alone, I am nothing - everyone will have to work together. I am not a leader, I am a cadre. I am a person from the street."

She also launched a strong attack on the BJP-led government amid efforts at forging opposition unity for next Lok Sabha elections and said "poore desh me khela hoga, it's a continuous process."

Talking to the media, she also said things change in politics and situation becomes "difficult to handle when storm comes".

She hoped that the opposition will be stronger than the BJP in 2024 Lok Sabha elections and will create history.

"BJP is a very healthy party. The opposition will be stronger, it will create history, this is our hope for general elections 2024," she said.

"Poore desh me khela hoga. It's a continuous process...When general elections come (2024), it will be Modi versus country," she added.

Meanwhile, Banerjee on Tuesday met Prime Minister Narendra Modi and asked him to call an all-party meeting on the Pegasus issue. "There should be a Supreme Court-monitored probe in this matter," she added.

Reports said Banerjee's visit to the national capital, is part of her efforts to cobble up a national front against the BJP. The TMC supremo is apparently seeking to take up a larger role in national politics prior to the 2024 Lok Sabha elections.