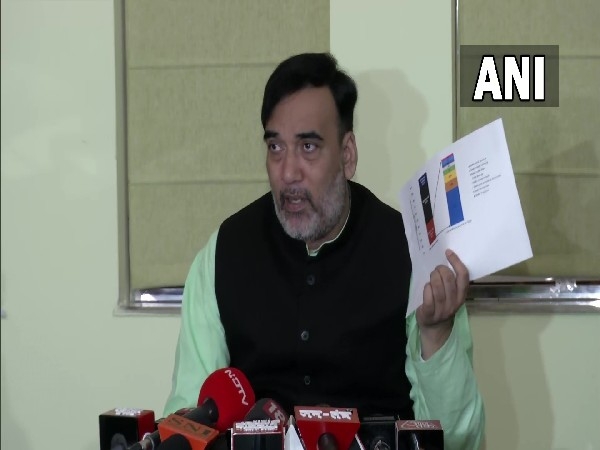 Delhi Environment Minister Gopal Rai on Thursday said that Delhi's contribution to air pollution is 31 percent and the remaining 69 per cent of the pollution is from outside Delhi, adding that it is impossible to curb pollution without a joint-action plan by the Centre.

Minister quoted a report published by a Delhi bases think tank called the Centre for Science and Environment which based its report on the data released by the Ministry of Earth Sciences' agency called System of Air Quality and Weather Forecasting And Research (SAFAR).

"As per CSE report on the basis of SAFAR data between October 24 and November 8, Delhi's contribution in air pollution is 31 percent and the remaining 69 percent of the pollution is from outside Delhi. The report matches 2016 TERI data which said 36 percent pollution released from Delhi and 64 percent from outside," said Rai.

"No matter how hard we try, not possible to get rid of 70 per cent outside pollution without a joint-action plan by the Centre and a monitoring team. Data establishes that contribution to Delhi pollution is largely from outside. Delhi people have been constantly attacked over pollution," he added.
Delhi's air quality continues to be in the 'very poor' category for the fifth consecutive day today, according to the System of Air Quality & Weather Forecasting & Research (SAFAR).

However, the overall Air Quality Index reduced from 379 on Wednesday to 362 today. Meanwhile, announcing emergency measures to reduce pollution, Delhi Environment Minister Gopal Rai on Wednesday said that there will be 100 per cent work from home for the government departments till November 21.

Construction and demolition work has also been banned till November 21 in Delhi, while schools and other educational institutes will remain closed in the national capital until further orders, Rai informed.