The Petitioners also sought legal recognition of all same-sex, queer or non-heterosexual marriages under secular legislations for marriage
ANI

The Delhi High Court on Monday listed various petitions seeking legal recognition and registration of same-sex marriages under the Foreign Marriage Act and the Special Marriage Act for final hearing on November 30.

Meanwhile, Solicitor General Tushar Mehta, appearing for Centre, submitted that marriage is permissible between a biological man and a biological woman. A Division Bench of Chief Justice DN Patel and Justice Jyoti Singh also granted liberty to all the parties to file an affidavit, if they want.

Advocate Karuna Nundy, appearing on behalf of a petitioner, said that pleadings appear not to be complete. Responding to Nundy's submission, Solicitor General Tushar Mehta, appearing for Centre, said that pleadings on their behalf have been completed, it is a question of law and the issue here is whether marriage is permissible between homosexual couples.
SG Mehta said that there is some misconception regarding the Navtej Singh Johar case, which decriminalised homosexual sex but does not talk about marriage.

Advocate Nundy, appearing for one of the petitioners said that there is no such requirement under law and it is a matter of discussion. The petition was filed by advocates Karuna Nundy with lawyers Ruchira Goel, Utsav Mukherjee, Ragini Nagpal and Abhay Chitravanshi sought a declaration that a spouse of foreign origin of an Indian Citizen or Overseas Citizen of India ('OCI') cardholder is entitled to apply for registration as an Overseas Citizen of India under Section 7A(1)(d) of the Citizenship Act, 1955 regardless of the gender, sex or sexual orientation of the applicant spouse.

The Petitioners also sought legal recognition of all same-sex, queer or non-heterosexual marriages under secular legislations for marriage such as the Foreign Marriage Act 1969 and the Special Marriage Act 1954 in accordance.

The petition sought direction in the nature of a declaration that since section 7A(1)(d) of the Citizenship Act, 1955, does not distinguish between heterosexual, same-sex or queer spouses, a person married to an Overseas Citizen of India, whose marriage is registered and subsisting for two years, be eligible to apply as a spouse for an OCI card.

The petition also sought to issue a writ, order or direction in the nature of prohibition to respondent Consulate General of India, New York, restraining it from declaring a spouse of an OCI applying for an OCI card to be ineligible for the same merely, on the ground that they are in a same-sex marriage or queer (non-heterosexual) marriage; and also restraining it from refusing to certify/apostille the registered marriage certificate of the Petitioners on this ground.

The petitioners are a married same-sex couple resident in Paris, France. They met in New York in 2001 and have been in a relationship for nearly 20 years.

The Petitioners got married in New York on August 6, 2012, and are recognized as a legally married couple in the US, France, and Canada - the three countries where they have primarily lived and worked in the last twenty years and now they are preparing for their new role as parents, and they are expecting their first child in July 2021.

One among the couple is of Indian origin and now he has sought to attain OCI status at the earliest in order to avail of this facility so that he can spend time in India - where the Petitioner's family lives - with his spouse and the baby they are expecting and indeed, to reach his husband and baby immediately in case of illness or other difficulties as needed during the pandemic.

The petitioners had said that the LGBT community members are forced to suppress their feelings of getting married to the person of their own choice and raised the issue that denying the LGBT community the option to marry is absolute discriminatory and creates them a Second Class of Citizens.

The Centre has earlier told the Delhi High Court that the acceptance of the institution of marriage between two individuals of the same gender is neither recognized nor accepted in any uncodified personal laws or any codified statutory laws.

The Centre in its reply on various petitions seeking recognition of same-sex marriages under the Hindu Marriage Act, the Special Marriage Act and the Foreign Marriage Act, has opposed it saying that pleas are unsustainable, untenable and misplaced.

Centre in its reply said that "marriage" is essentially a socially recognized union of two individuals which is governed either by uncodified personal laws or codified statutory laws.

One of the petitions urged the Delhi High Court to issue a declaration to the effect that since Section 5 of the Hindu Marriage Act of 1956 does not distinguish between Homosexual and Heterosexual couples, the right of same-sex couples to marry should be recognized under the said Act.
The Plea was filed by advocates Mukesh Sharma and Raghav Awasthi.

The advocates had said that the petitioners have filed the petition for enforcement of their Fundamental Rights as granted under the Constitution of India. 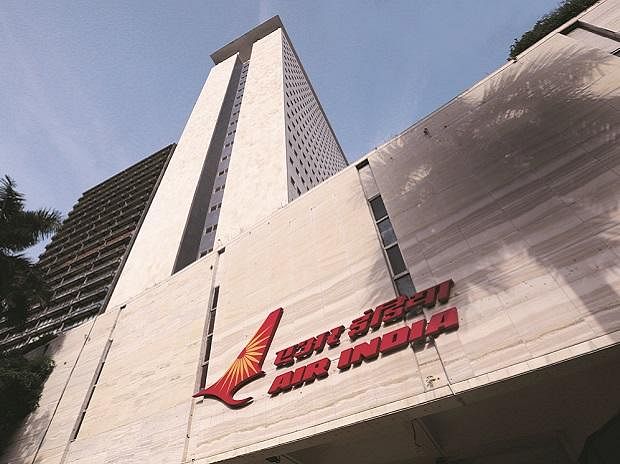