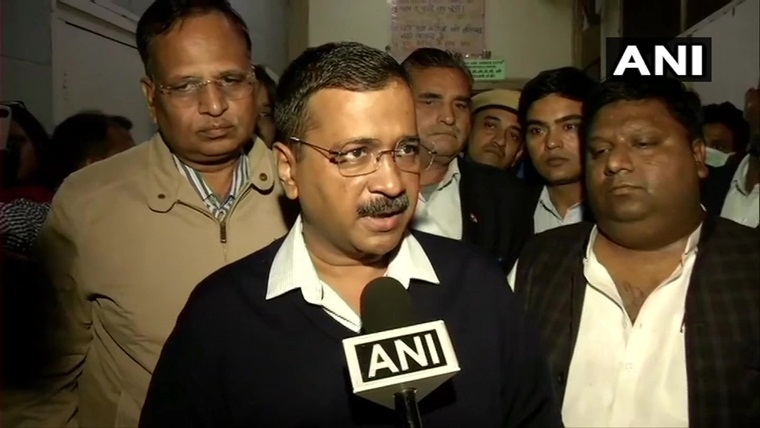 New Delhi: Delhi Chief Minister Arvind Kejriwal on Sunday announced a compensation of Rs 10 lakh to families who lost a member in the Anaj Mandi fire tragedy and additional assistance of one lakh to those who were injured. The government has also ordered a magisterial inquiry into the incident and sought a report within seven days.

"The Anaj Mandi fire tragedy is a very sad incident. More than 40 people have died. I have ordered a magisterial inquiry into it. Compensation of Rs 10 lakh each will be given to families of those dead and Rs 1 lakh each to those injured. The expense of medical treatment of those injured will be borne by the government," Kejriwal told reporters after visiting the site of the fire tragedy. 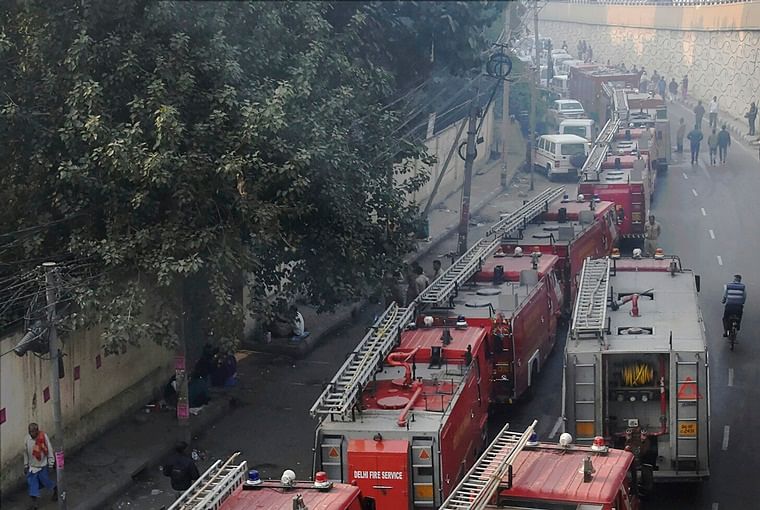 The death toll in Anaj Mandi fire at Rani Jhansi Road has risen to 43.Around 62 people were taken out from the building that caught fire in the wee hours on Sunday of which 43 have been declared dead. 34 have been confirmed dead in Lok Nayak Hospital, and 9 in Lady Hardinge Hospital.

Soon after receiving the report, 15 fire tenders were rushed to the spot to douse the fire and to carry out rescue operations. Given the intensity of the fire, 10-12 more fire tenders had to be sent at the spot.

Speaking to media, Deputy Fire Chief Officer Sunil Choudhary had aid: "A fire broke out in a 600 sq feet plot. It was very dark inside. It is a factory where school bags, bottles and other materials were kept." "We have so far sent 15 people to the LNJP hospital for medical aid. While some of them were injured, others had fainted. The owner said that around 20-25 labourers were sleeping inside when the incident happened," he added. The officer further said the fire had been completely doused. Rescue operations are currently underway.