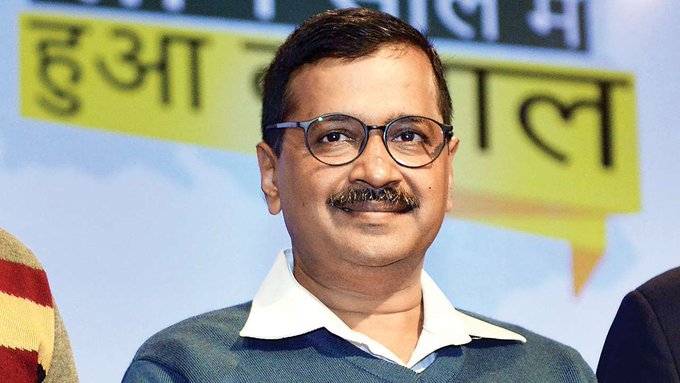 New Delhi: Prashant Kishor (42), who hit headlines as the BJP's poll strategist in the 2014 Lok Sabha elections, will be helping the Aam Aadmi Party (AAP) headed by Delhi Chief Minister Arvind Kejriwal in the upcoming Assembly elections in Delhi early next year.

Kejriwal broke the news on Twitter, saying Prashant-Kishor-led political consultancy firm Indian Political Action Committee (I-PAC) has come on board with his party. "Happy to share that Indian-PAC is coming on-board with us. Welcome aboard," he tweeted.

The group that had worked for Punjab Chief Minister Captain Amarinder Singh to put the Congress in power in Punjab, tweeted in confirmation. It said: "After Punjab results (2017 Assembly elections, we acknowledged you (AAP) as the toughest opponent that we have ever faced. Happy to join forces now with Arvind Kejriwal and Aam Aadmi Party."

Kishor, who is the vice-president of Bihar Chief Minister-led Janata Dal(U), is presently working with West Bengal Chief Minister Mamata Banerjee for the state's Assembly elections in 2021.

He created sensation early this week by joining some key JD-U leaders in opposing his party's stand on the contentious amendments in the Citizenship Act but Nitish Kumar dismissed it as their personal opinion as he ensured the JD-U votes for the Bill in both the Houses of Parliament.

Kishor had formed the I-PAC in 2015 after being a part of Prime Minister Narendra Modi's 2014 campaign for the Lok Sabha elections and Nitish Kumar's campaign for the Bihar Assembly elections in 2015, getting credit for making them triumphant.