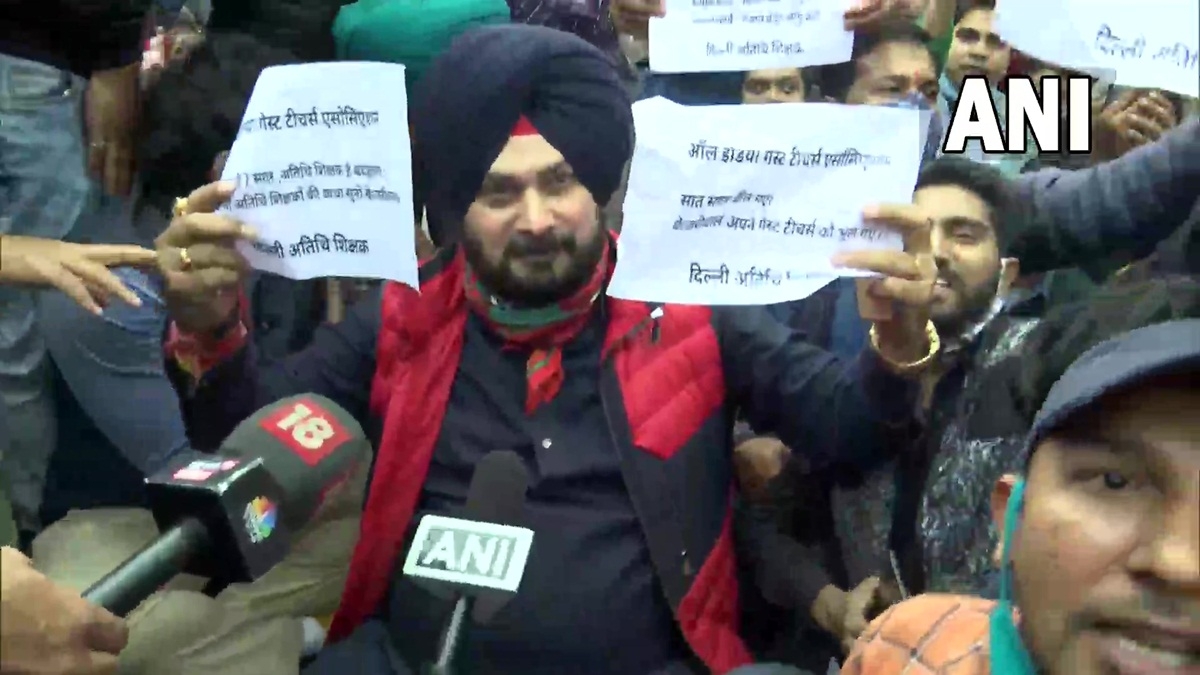 He also took to Twitter to target the Delhi government on its education model, which the AAP is showcasing as its key achievement in the Punjab poll campaign.

Taking a swipe, Navjot Singh Sidhu in a series of tweets said: "Delhi Education Model is Contract Model … Delhi Govt has 1031 Schools while only 196 schools have Principals … 45% teacher’s posts are vacant and Schools are run by 22,000 Guest Teachers on daily wages with every 15 days renewal of contracts!!"

"AAP promised to regularize contractual teachers give equal wages as permanent staff but made it worse by just having guest teachers. Through School Management Committees, so called AAP volunteers earn 5 Lac yearly from Govt funds that earlier were meant for school’s development!," he tweeted.

The Punjab Congress chief said the Delhi education model is a "contract model" and that under the AAP government, unemployment rate in Delhi has increased by almost 5 times over the past five years.

"In your 2015 manifesto you promised 8 lakh new jobs and 20 new colleges in Delhi, where are the jobs and colleges ? You have given only 440 Jobs in Delhi. On the contrary of your failed guarantees, unemployment rate of Delhi has increased by almost 5 times in last 5 years!!," Navjot Singh Sidhu said.

The guest teachers of the Delhi government were protesting the regularisation of their jobs. Addressing media persons in Delhi, Sidhu said, "22,000 guest teachers are working as bonded labourers here."

The PCC chief further slammed Kejriwal for joining the protest of contractual teachers in Punjab's Mohali last month. "You should first solve the issues in your state before you come to Punjab to lure people there," he added.

Kejriwal had also promised to implement a transfer policy for teachers and assured them cashless medical treatment facilities if the party comes to power.