The woman's husband, a resident of Shahdara, was contacted and said that he got married to her in 2011. They have one son and two daughters, he added.

New Delhi: A 36-year-old woman was found dead inside her rented accommodation in Rohini, police said on Sunday.

The woman was residing in the house along with her live-in partner, they said.

On Friday, Rohini South police station received information that a woman was found dead in her room on the second floor of a building in Mangolpur Kalan village, following which policemen rushed to the spot, they said.

Police tried to contact her live-in partner, but he was found missing from the house and his phone was switched off, the officer said.

Read Also
Delhi Accident: Uncle of victim whose naked body was discovered after being dragged by car says... 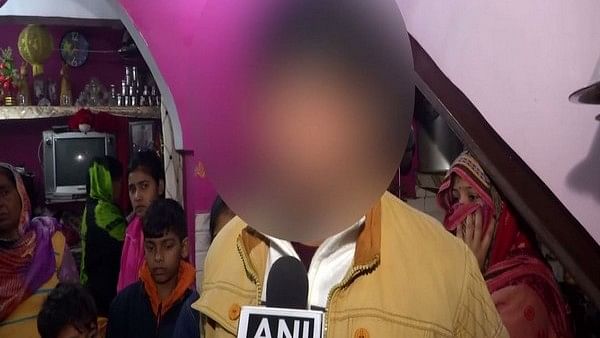 Later, the woman's husband, a resident of Shahdara, was contacted and said that he got married to her in 2011. They have one son and two daughters, he added.

The woman's husband works in Zirakpur, Punjab and she had gone there on November 24. She left for Delhi two days later for her treatment. On November 27, her husband found out that she was living with a man in Delhi and suspected that she had an extramarital affair with him for a very long time, police said.

The woman was a resident of Agra, in Uttar Pradesh, the police said.

Initial inquiries revealed that she had been living in the house with a man, who is also a native of Agra, who was believed to be her live-in partner for over 10 days. The house owner informed police that he had last seen the two around 6.30 p.m. Thursday, a senior police officer said.

On Friday around 10.30 am, when the owner came at the second floor, he found the door of woman's room partially open and her body motionless, the officer said.

He stated that no external injury marks were discovered on the body, which has been preserved in the BSA Hospital mortuary, during the inspection.

A case under section 302 (murder) of the IPC was registered in South Rohini police station. Efforts are being made to nab the man, the prime suspect, they said.

According to police, the man was previously involved in two cases, including a dowry death, in Uttar Pradesh.