Deciphering the voting pattern in kerala 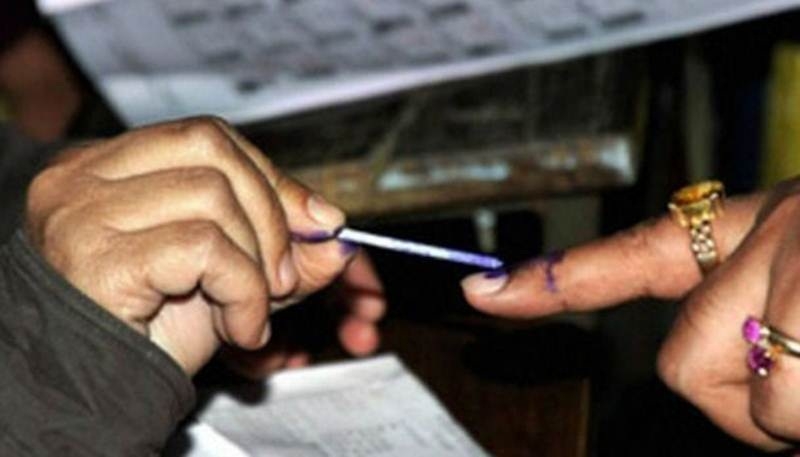 The highest polling in a Lok Sabha election in the State in 30 years – 77.68 per cent – seems to have upset the calculations of the three main contenders in Kerala: the CPI(M)-led Left Democratic Front(LDF), the Congressheaded United Democratic Front(UDF) and the National Democratic Alliance led by the BJP. For the record, all the fronts are putting up a brave face claiming that the heavy polling would benefit them the most. But, privately, they are admitting to a feeling of nervousness about the result. The UDF is, of course, the most confident of the lot. The front’s optimism is based on two factors: the Rahul factor and the unprecedented consolidation of minority votes in its favour. This reality would see the front romp home the winner in at least 16 to 17 seats! A tall claim, argues both the LDF and the NDA.

Voting pattern across the state encompassing the three regions – south Kerala, central Kerala and Malabar point to the existence of a strong pro-UDF sentiment, aver UDF leaders. It may be noted that in as many as eight constituencies, the poll percentage topped 80, which itself is a record. And most of these constituencies – among them are Kasaragod (80.57), Kannur which tops the list (83.05), Vadakara (82.48), Alathur (80.33) and Wayanad (80.31) –p are in the Malabar region. This, the UDF leaders argue, is mainly due to the inspiring presence in the Wayanad poll fray of Congress president Rahul Gandhi While the Rahul wave will have its impact all over the state, its effect will be most pronounced in the Malabar region, ensuring a virtual sweep of all the constituencies in the region, contends the UDF camp. The aggressive and intimidating campaign launched by the saffron forces led by the BJP-RSS has ensured the total gravitation of minority votes towards the Congressled UDF, claim UDF leaders.

This, they also argue, is a total reversal of the pro-LDF minority voting witnessed in the 2016 State Assembly elections. If this is true, then that is extremely bad news for the LDF. The LDF, however, has sought to counter this argument with their own reasoning. They feel nothing has happened to reverse the trend seen in the assembly elections. The unprecedented surge of minority votes for the LDF camp would be repeated in this election, too, aver the left leaders. The Lok Sabha election is a different ball game and here the calculations that mattered in the assembly polls would not matter, say however the seasoned political analysts. There is a growing feeling among the minorities that in this crucial election. Congress is the party to look forward to; that is the only force which can stop the march of the communal forces led by the BJP. The left parties lack a national focus and do not matter at the national level.

That is the crux of their argument. This, then, is the basis of the confidence in the Congress camp of a 20 out of 20 sweep in the State. No matter how vehemently the left leaders argue, the Rahul factor seems to have influenced the voting pattern in the state. The mere presence of the Gandhi scion – a possible future Prime Minister – has electrified not only the Congress cadres but also those of its allies. Opinion has solidified among the minorities that Rahul alone can lead the post-poll front against the BJP-RSS duo. As for the BJP, the party is hopeful of opening its Lok Sabha account from the state winning at least two seats, Thiruvananthapuram and Pathanamthitta. But the voting pattern has made the BJP a bit uneasy. To cite an instance: In Thiruvananthapuram, the UDF has done extremely well in its strongholds like Kovalam, Parassala and Neyyatinkara segments which witnessed very heavy polling.

However, in BJP bastions like Vattiyurkavu and Nemom, voting was not up to the expectations of the saffron forcers. This has raised the anxiety levels in the BJP camp. What has added to their unease is the excellent show by the CPI candidate C Divakaran in Kazhakkoottam constituency that is part of the Thiruvananthapuram Lok Sabha constituency. No wonder, Shashi Tharoor and his supporters are sporting a broad smile. The BJP is not sure of bagging Pathanamthitta either, given the pattern of voting. True there has been an eight-point increase in the polling percentage. The Sabarimala factor has had a big impact, it seems. And the BJP-strongholds saw heavy polling, as a result. But this has been more than matched by heavy polling in minority-dominated constituencies that form part of Pathanamthitta. This has raised the spirits in the UDF camp and deepened the lines on the foreheads of BJP leaders.

This is the basis of the confidence of both LDF and UDF leaders that the BJP’s hopes of opening its account in Kerala will remain a dream. The reaction of Chief Minister Pinarayi Vijayan to a question from media persons on high polling is a giveaway. A visibly angry Vijayan refused to answer the question but also snapped at the presspersons asking them to ‘move away’! The CM’s body language has given the game away, claim opposition leaders. LDF leaders, of course, make light of the dire predictions of both Congress and the BJP. They continue to predict that the LDF would put up a good show, winning majority of the seats from Kerala. All this talk of Rahul factor and minority consolidation are all products of a fertile UDF imagination and that Kerala will retain its reputation of being a Left bastion. That is their strong contention. (IPA Service)