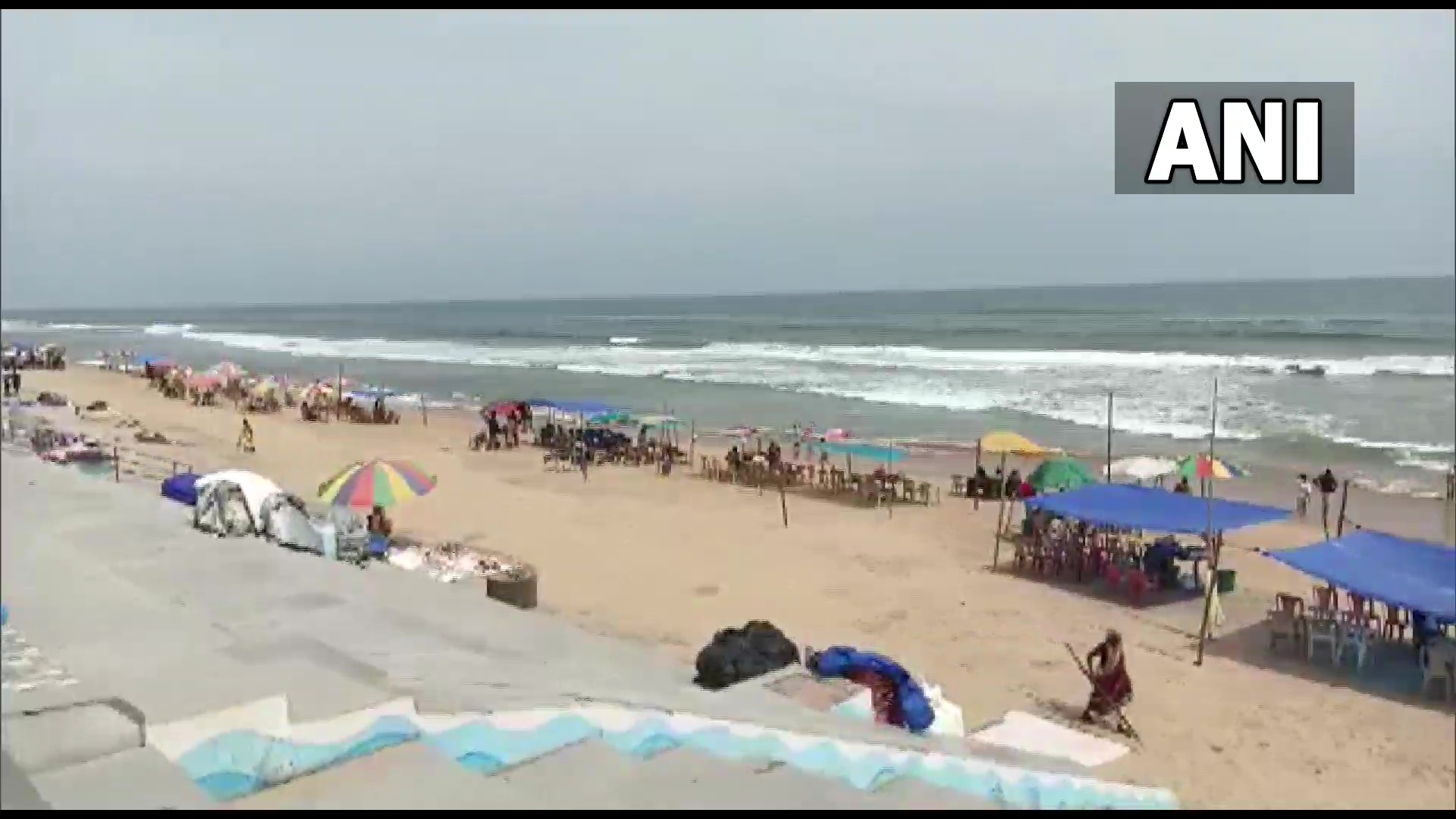 A depression over the northeast and adjoining east-central Bay of Bengal has intensified into a deep depression, with the IMD on Saturday noting that the weather system may further concentrate into a cyclonic storm and move towards Odisha and Andhra Pradesh.

The deep depression lay centred 510 km east-southeast of Gopalpur and 590 km east of Kalingapatnam in Andhra Pradesh early on Saturday.

"It is likely to intensify into a cyclonic storm in the next 12 hours. It may move nearly westwards and cross north Andhra Pradesh and south Odisha coasts, between Vishakhapatnam and Gopalpur around Kalingapatnam by the evening of September 26," the IMD stated.

Under its influence, the weatherman said that light to moderate showers at most places with heavy rainfall at isolated places is expected over Odisha and coastal Andhra Pradesh on Saturday.

There is also a likelihood of light to moderate showers at most places on Sunday with heavy to very heavy rain in some areas and extremely heavy rainfall at isolated places over south Odisha and north coastal Andhra Pradesh.

It also predicted squally weather with wind speed reaching 50-60 kmph and gusting up to 70 kmph over northwest and adjoining west-central Bay of Bengal.

The wind speed may gradually increase to 70-80 kmph and gust up to 90 kmph on Sunday, the weather office said.

During the next three days, the sea condition will be rough to very rough and fishermen in Odisha, West Bengal and Andhra Pradesh have been told not to venture into the east-central and adjoining northeast Bay of Bengal from September 25 to September 27.

The IMD also predicted localised flooding of roads, waterlogging in low-lying areas due to torrential rain over coastal Andhra Pradesh on September 26 and Odisha and Chhattisgarh over the next two days.

What is the name of this cyclone?

The cyclone has been named 'Gulab'. The name has been given by Pakistan. The word 'Gulab' means Rose, which is a perennial flowering plant. According to an official release by the IMD, the pronunciation of the name of the Cyclone Gulab is 'Gul-Aab'.

The Odisha government on Saturday put seven districts on high alert as the IMD predicted the formation of a cyclonic storm over Bay of Bengal, a top official said.

As many as 42 teams of Odisha Disaster Rapid Action Force (ODRAF) and 24 squads of National Disaster Response Force (NDRF), along with fire brigade personnel, have been dispatched to the seven districts -- Gajapati, Ganjam, Rayagada, Koraput, Malkangiri, Nabarangpur, Kandhamal.

Ganjam is expected to get severely affected by the cyclonic storm, and 15 rescue teams have been deployed in that area alone, Jena said.

Besides, 11 fire service units, six teams of the ODRAF and eight of the NDRF are in reserve for emergency purposes, he said.

The district administrations of Gajapati and Koraput have cancelled holidays and leaves on September 25 and 26. Collectors have directed government officials and employees to be on their toes at respective headquarters to meet any exigency.

In Ganjam, beaches have been closed for the next 2 days.

National Crisis Management Committee under the chairmanship of Cabinet Secretary Rajiv Gauba reviewed preparedness of Central ministries/agencies and State governments to deal with the situation arising out of a cyclonic storm developing in the Bay of Bengal, reported news agency ANI.

Chief Secretaries of Odisha and Andhra Pradesh apprised the Committee of the preparatory measures being undertaken to protect the population & also measures being taken to ensure that there is minimal damage to infrastructure in the aftermath of the cyclonic storm.

The Cabinet Secretary stressed that preventive & precautionary measures should be taken by the concerned authorities of the State Govts/ Centre, before the cyclonic storm makes landfall. The aim should be to keep loss of lives to near zero and minimise damage to infrastructure, he said.

Meanwhile, NDRF has deployed 18 teams in these states and additional teams are also kept ready. Rescue and relief teams of the Army and Navy along with ships and aircraft have also been deployed.