COVID-19: Kerala to impose night curfew from Monday; here's all you need to know 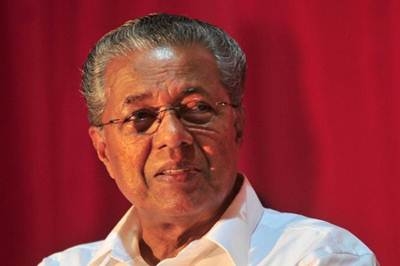 Amid the rising COVID-19 cases in Kerala, the state government on Saturday has decided to impose night curfew (10 pm-6 am) from Monday, news agency ANI quoted Chief Minister Pinarayi Vijayan as saying.

This comes after the Centre on Thursday asked Kerala and Maharashtra to increase testing and vaccination and impose night curfew in regions that are badly affected.

“Union Home Secretary observed that more efforts would be required to arrest the increase in infections. This would require adequate intervention in geographical areas having higher infection, through measures such as contact tracing, vaccination drives and Covid appropriate behaviour. He also suggested that the state governments should explore the possibility of placing night curfew in areas of high positivity,” a statement from the Ministry of Home Affairs (MHA) said.

The meeting was reportedly held by Home Secretary Ajay Bhalla through video conference and was attended by chief secretaries and police chiefs of the two states apart from Union Health Secretary Rajesh Bhushan and others.

He told reporters that 1,67,497 samples were tested in the last 24 hours and 353 wards in 70 local self government bodies recorded a weekly infection population ratio above eight per cent.

"Out of those found infected, 120 people reached the state from outside, while 29,891 contracted the disease from their contacts. The sources of infection of 1,158 are yet to be traced. Among those infected are 96 health workers " a health department release said. Recoveries for the day numbered, taking the total cured in the state to 37,51,666. Currently, there are 2,04,896 people under treatment.

Among the districts, Thrissur reported the highest number of cases 3,957, followed by Ernakulam with 3,807 and Kozhikode 3,292.