After a Delhi court Wednesday offered Pawan Gupta, one of the four death row convicts in the Nirbhaya gang rape and murder case, legal aid after he said that he does not have a lawyer, Asha Devi, Nirbhaya's mother cries and leaves the court.

"I am losing faith and hope now. Court must understand the delay tactics of the convicts. Now if a new lawyer is provided to convict Pawan he/she will take his/her own time to go through case files," Asha Devi said.

"I am wandering here and there to get justice for my daughter. These convicts are using delaying tactics. I don't know why the Court is not able to understand this," she said.

Additional Session Judge Dharmender Rana expressed displeasure over delay from Pawan's side who said he has removed his earlier lawyer and will need time to engage a new one.

Nirbhaya's parents and the Delhi government had moved the court on Tuesday seeking fresh death warrants for the convicts after the Supreme Court granted liberty to the authorities to approach the trial court for issuance of fresh date for the execution of these convicts.

The date of execution, first fixed for January 22 in Tihar jail, was later postponed for 6 am on February 1 by a January 17 court order. The trial court had on January 31 stayed "till further orders" execution of the four convicts in the case, who are lodged in Tihar Jail.

The Tihar jail authorities had filed a status report on Tuesday before the trial court stating that no legal option was preferred by any convicts -- Mukesh Kumar Singh (32), Pawan Gupta (25), Vinay Kumar Sharma (26) and Akshay Kumar (31) -- in last seven-day period, granted by the Delhi High Court. 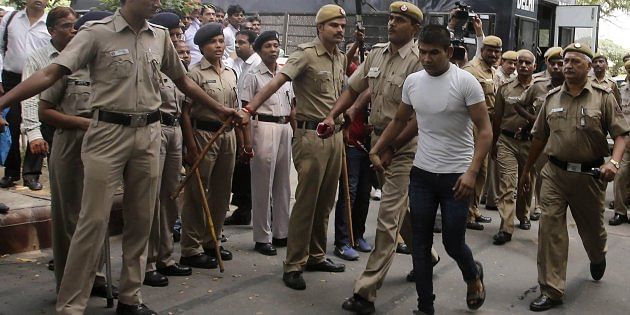