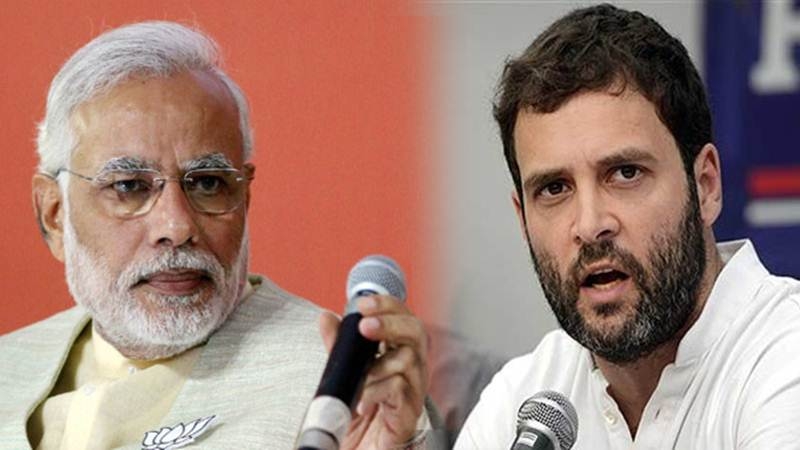 New Delhi: The third anniversary of the demonetisation was on Friday picked up by the Congress to blast the government, calling it a disaster that cause multiple damages under which the people are still reeling.

Its leaders, in a series of Tweets, asked who is responsible for this disaster. The Indian Youth Congress also held a demonstration before the Reserve Bank of India (RBI) on the demonetisation issue.

Rahul Gandhi said: "It's 3 yrs since the demonetisation terror attack that devastated the Indian economy, taking many lives, wiping out lakhs of small businesses & leaving millions of Indians unemployed."

"Those behind this vicious attack have yet to be brought to justice," he tweeted.

Rahul's sister and Congress general secretary Priyanka Gandhi Vadra underlined that "every claim made by the government and those hailing it as a slayer of all evils has been turned on its head."

"It proved to be a disaster that has all but destroyed our economy. Anyone want to claim responsibility," she asked.

Congress chief spokesman Randeep Singh Surjewala compared Prime Minister Modi who resorted to the demonetisation with the crackpot ruler Sultan Muhammad Bin Tughlaq. "Back in 1330, Tughlaq had declared the country's entire currency as invalid. Today's Tughlaq did likewise on November 8, 2016."

"Even after three years, the nation is suffering because the economy hit, employment lost and neither terrorism or fake currency business stopped as then claimed. Who will hold the responsibility," Surjewala asked.

In another tweet, the Congress said: "The greatest cost of #DeMonetisationDisaster was the human cost. 105 Indians lost their lives because of this govt's tactless decisions. Today & every day we stand with their families, their friends & their memory."

The party pointed out that after demonetisation, the unorganised sector was completely destroyed, thereby flat-lining market consumption. "As a result, sectors like FMCG have suffered incredibly & their growth has fallen significantly as demonetisation demolished demand."

It said: "After failing in all its objectives, the BJP govt proceeded to push 'digital economy' as a benefit of #Demonetisation. Once again this failed miserably as digital economy was a complete failure."

"There has been no decision taken by any govt in India's history that has caused such a devastating impact to our economy as #Demonetisation," the Congress added.