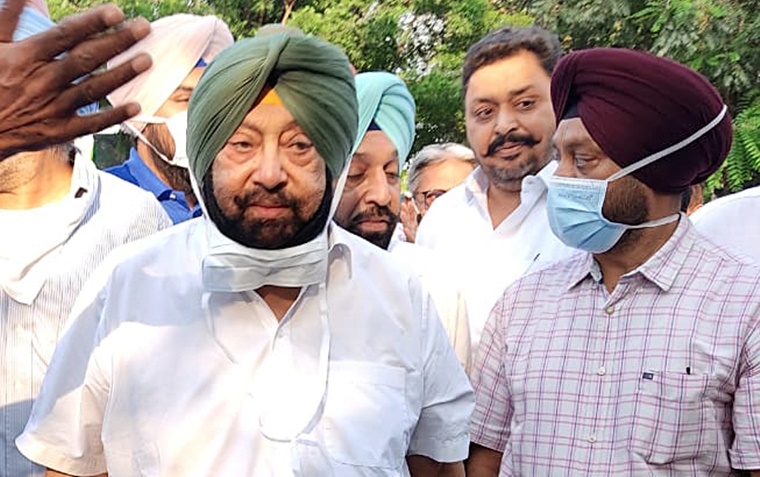 The Congress central leadership is likely to announce the name of the new Punjab Chief Minister later this afternoon, reported NDTV.

Meanwhile, Punjab Congress MLAs on Saturday authorised party president Sonia Gandhi to pick a new legislature party leader who will succeed Amarinder Singh as the chief minister of the state.

This came after Amarinder Singh resigned as Punjab chief minister, saying he felt "humiliated" at the way the party handled the infighting in the state unit.

A resolution requesting Sonia Gandhi to pick the next chief minister was passed unanimously in a meeting of the Congress Legislature Party (CLP).

A day after Captain Amarinder Singh resigned, the name of the new leader is likely to be announced in a CLP meeting called at 11 am on today.

Congress veteran Capt. Amarinder Singh on Saturday resigned as chief minister of Punjab with less than five months to go for the Assembly polls after a bruising power struggle with state party chief Navjot Singh Sidhu, and said he felt "humiliated" over the way the party handled the protracted crisis.

The 79-year-old Amarinder Singh, one of the Congress' powerful regional satraps, put in his papers after speaking to party president Sonia Gandhi and shortly before a crucial meeting of the Congress Legislature Party(CLP) in Chandigarh in the evening. He later launched a no-holds-barred attack against Navjot Singh Sidhu, describing his bete noire, a cricketer-turned-politician, as a "total disaster".

The AICC on Saturday held the CLP meeting which it called after bypassing Amarinder Singh who was earlier the CLP leader, amid a rift in the Punjab Congress.

Four ministers -- Tript Rajinder Singh Bajwa, Sukhbinder Singh Sarkaria, Sukhjinder Singh Randhawa and Charanjit Singh Channi -- had demanded he be replaced. The crisis in the party's state unit has been brewing for the past many months.