The unofficial Kannada flag or the Karnataka flag is a strip of yellow and red, that symbolises both Kannada and Karnataka.

Congress leader Rahul Gandhi with party leaders DK Shivakumar, Siddaramaiah and others during the partys Bharat Jodo Yatra, in Mysuru district, Monday, Oct. 3, 2022. | -
Follow us on

Rahul Gandhi, who is leading the Bharat Jodo Yatra in Karnataka has faced backlash from several pro-Kannada organisations for using his image on the 'Karnataka flag'. According to a India Today report, the pro-Kannada outfits have warned the Congress not to use the former party chief's image.

The unofficial Kannada flag or the Karnataka flag is a strip of yellow and red, that symbolises both Kannada and Karnataka.

During the Bharat Jodo Yatra in the southern state on Sunday, 'Karnataka flags' were seen waving during the party's yatra in Mysuru where the pictures of Rahul Gandhi were seen printed on the state flag.

Additionally, the pro-Kannada groups have also demanded an apology from the Congress for printing Rahul Gandhi's image on the flag.

Karnataka Revenue Minister R Ashok condemning the incident said, "When [Congress leader] Siddaramaiah was in power, he changed the Karnataka flag. That time all Kannadigas protested, then he changed it. Now, Rahul Gandhi's photo [on the flag] is a shame to Congress." Rahul Gandhi is currently leading Bharat Jodo Yatra- the 3,500-km march from Kanyakumari to Kashmir, covering as many as 12 states. The Yatra will be in for 21 days, beginning September 30, before moving north. The Padyatra (march) will cover a distance of 25 km every day. 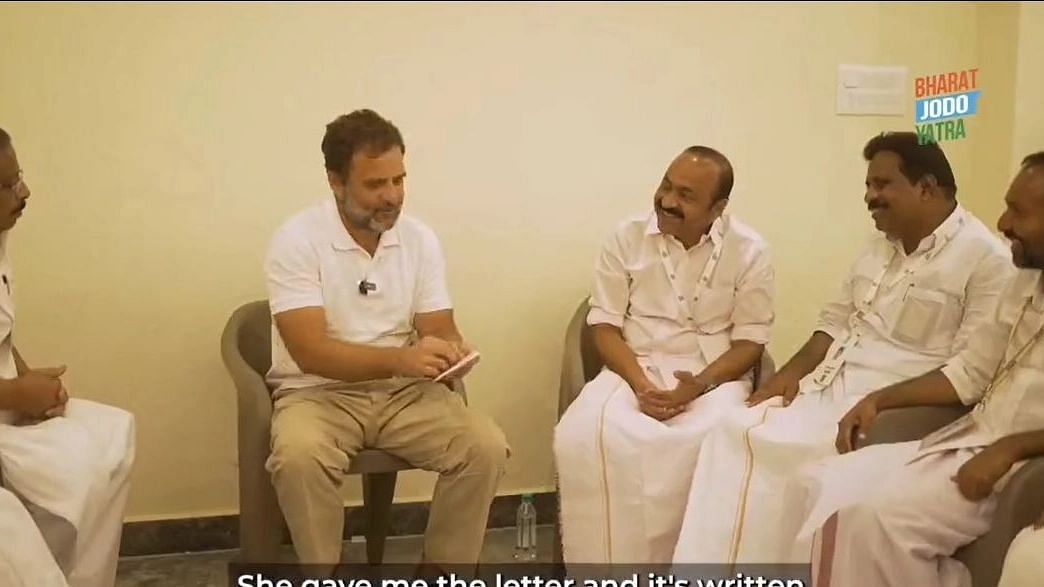