Colonel, wife and kid among 7 killed in Manipur ambush by terrorists 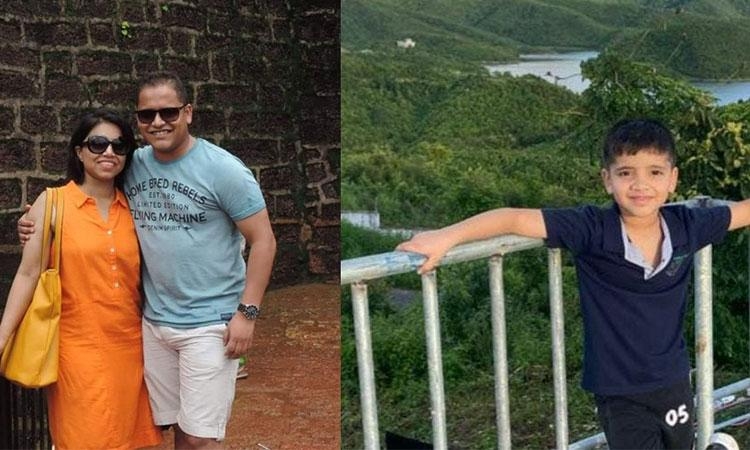 The Commanding Officer of Khuga Battalion of Assam Rifles, his wife and 8-year-old son, besides four personnel of the paramilitary force were killed in an ambush near the border with Myanmar, shattering the tenuous peace in the Manipur hills.

The Commanding Officer, Colonel Viplav Tripathi, was returning from a forward area camp when his convoy was ambushed. A Manipur-based terrorist outfit, the People's Liberation Army, is believed to be behind the attack, though no group has claimed responsibility.

Manipur is home to several armed groups fighting for either greater autonomy or secession. For decades, the Army has been deployed in the area that shares the border with China, Myanmar, Bangladesh and Bhutan.

According to electronic media sources, at least four insurgent groups active in the area carried out the ambush. An improvised explosive device, or IED, was detonated, triggering a blast, before heavy firing ensued from both sides of the road. It is a rare instance of an army officer’s family being targeted by insurgents.

Defence Minister Rajnath Singh condemned the attack and conveyed his condolences. "The cowardly attack is extremely painful and condemnable. The nation has lost 5 brave soldiers including CO 46 AR and two of his family members. My condolences to the bereaved families. The perpetrators will be brought to justice soon," Singh tweeted.

Manipur Chief Minister N Biren Singh tweeted that a counter-operation has been launched to hunt down the terrorists.

Assam Rifles, the oldest paramilitary force in the country, was raised in 1835 under the British; it is under the administrative jurisdiction of the Ministry of Home Affairs (MHA) but the operational control vests with the Army. It is deployed mostly for counter-insurgency operations in the northeast.

During Tripathi’s tenure at Mizoram, the battalion had been at the forefront of the war on illegal drug smuggling.

An Army officer who had been working closely with Colonel Tripathi recalled him as a “josh machine”, who was capable of performing extremely well under stress, a thorough gentleman and a professional. The Colonel’s WhatsApp status, perhaps, best captured his spirit – ‘Life Will Be Lived Henceforth’ – reports News 18.com.

Tripathi was son of a Raigarh based senior journalist; Viplav’s younger brother, who is also in army, has flown to Manipur to bring the mortal remains of the deceased.