India sought to downplay its absence, saying it engages with Russia on regular basis on Afghanistan

New Delhi, August 5- India today said that it is closely monitoring the evolving security situation in Afghanistan and continues to call for a immediate and comprehensive ceasefire.

The Official Spokesperson of the External Affairs Ministry, Mr Arindam Bagchi said this today while replying to questions at the weekly virtual media briefing. He added that India will share its vision and perspective during the debate and deliberations tomorrow at the United Nations Security Council. He referred to the August 3 Press statement on the issue of escalating violence in Afghanistan issued by the United Nations Security Council, which also echoes much of what India has been saying on Afghanistan. “ We look forward to productive deliberations on this important issue.’’

While defining India’s close relationship with Afghanistan, Mr Bagchi said, “ You are all well aware of our close relationship with Afghanistan. Our relationship is broad-based and it covers various aspects including a strong development partnership component. We are also strategic partners and our relationship is of course guided by a Strategic Partnership Agreement that both countries signed in 2011. India has been supporting the government and people of Afghanistan in realizing their aspirations for a peaceful, democratic and prosperous future where the interests of all sections of Afghan society including women and minorities are protected. He reiterated India’s stand that it also supports an Afghan led, Afghan owned and Afghan controlled peace process.

Replying to another question, the MEA Spokesperson that India is currently holding the Presidency of the UN Security Council for the month of August. “As part of our Presidency, we are holding signature events on three focus areas that we have chosen. These are maritime security, peacekeeping operations and counter terrorism. On August 9 (Monday evening) Prime Minister will preside over a high level virtual open debate of the UN Security Council on the topic ‘ Enhancing Maritime Security- a case for international cooperation’ under the Agenda item ‘ Maintenance of International Peace and Security.’ This would be the first time that an Indian Prime Minister would be presiding over a meeting of the United Nations Security Council. On the other two focus areas where the signature events will take place later in the moth, we are of course planning physical meetings and we hope that External Affairs Minister, Dr S. Jaishankar would be able to travel to New York to attend them.’’

To a question on why Russia is not inviting India to the Troika meeting on Afghanistan, Mr Bagchi said that India and Russia share a privileged strategic partnership.’’ We engage with Russia on a regular basis on Afghanistan. ‘’

Asked about the progress in Ladakh and the expected pullback, the Spokesperson said, “ You would have seen a detailed Press release that was issued after the talks on August 2. I would like to highlight that this was a joint Press release by both sides and as was mentioned therein, the talks were candid and constructive. Both sides agreed to resolve the remaining issues in an expeditious manner in accordance with existing agreements and protocols and maintain the momentum of dialogue and negotiations.’’

Replying to a question quoting a former Iranian President as saying that Iran’s relationship with India has far more potential that its ties with China , the MEA spokesperson remarked, “ I would not like to comment on such media reports that was mentioned. Let me emphasize said that India and Iran enjoy historical and cultural ties. “ We have been moving ahead with various new initiatives including connectivity such as Chabahar port. The External Affairs Minister is currently in Teheran to attend the swearing-in ceremony of the President elect Raisi.’’

To another question on the version of the BRICS meeting and its agenda, the MEA Spokesperson said that India holds the current chair of BRICS. He said that the next meeting of the BRICS National Security Advisors (NSAs) will be held later this month on August 24 in a virtual format. “ The agenda of the meeting is in line with the overall priorities chosen by India for its chairship for BRICS this year including counter terrorism cooperation and international peace and security.’’

To a question on the visit of the former Australian Prime Minister Tony Abbott’s visit to India from August 2 to 6, Mr Bagchi said that Mr Abbott is visiting India as Australian Prime Minister Scott Morrison’s special envoy to discuss trade and economic cooperation as part of the comprehensive strategic partnership between India and Australia. He will also visit Gujarat to explore opportunities for expanding bilateral trade and investment and will meet interlocutors and officials both here and in Gujarat. 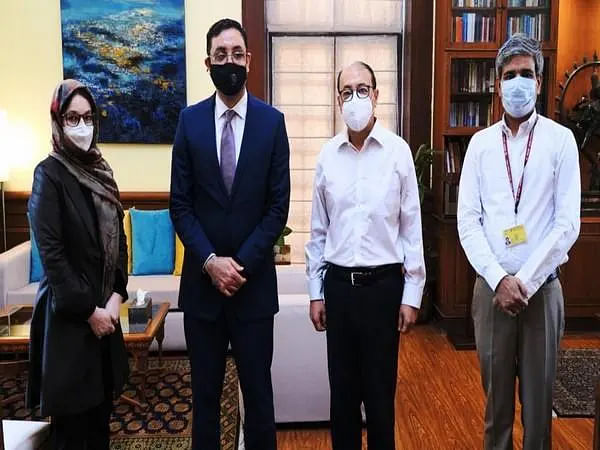