The Congress demanded CBI inquiry and constituted its SIT which was later dissolved.
AVDHESH MALLICK 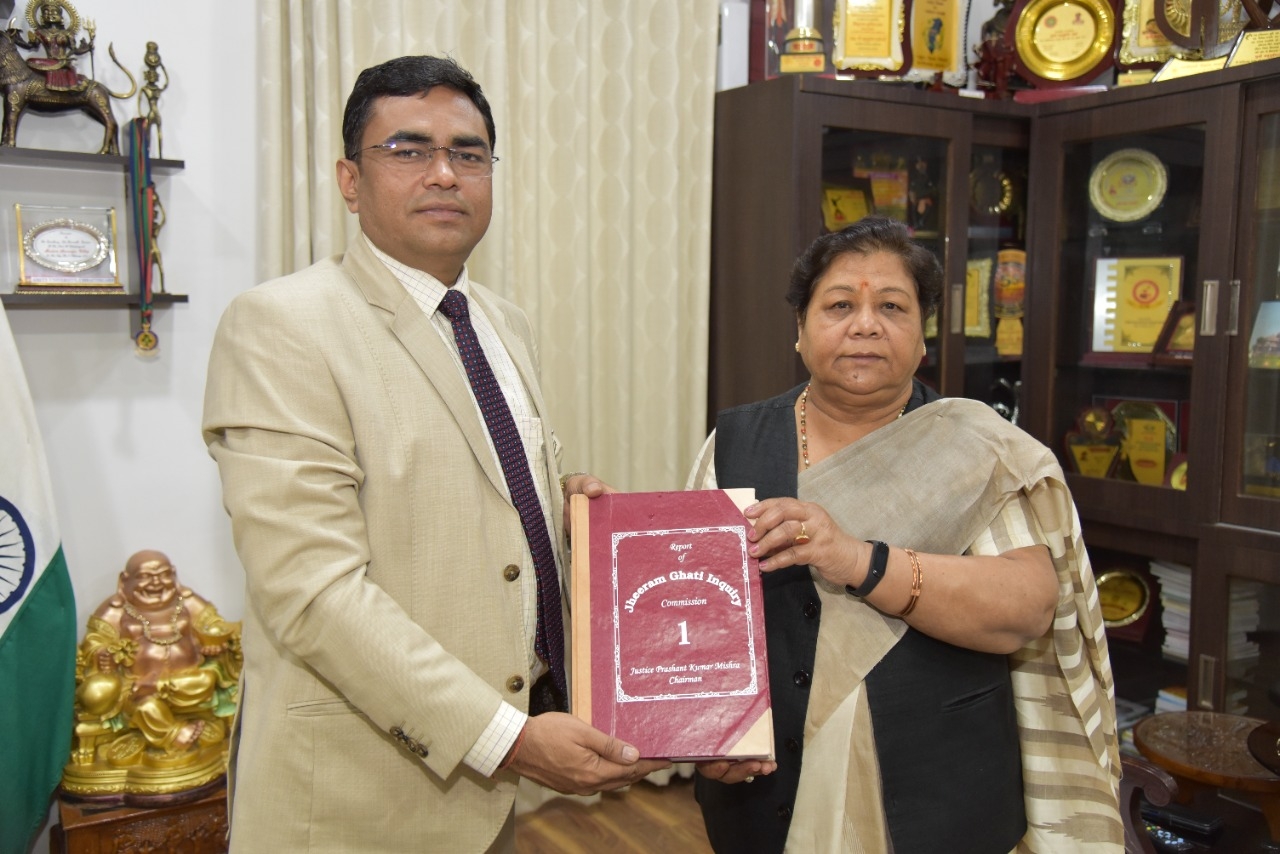 The most awaited Jhiram valley massacre investigation report also known as the ‘Jhiram Ghati Inquiry’ was handed over to Chhattisgarh’s Governor Anusuiya Uikey on Saturday in Rajbhawan.

The report was submitted by Jhiram Ghati inquiry commission secretary and registrar (Judicial) of Chhattisgarh High Court Santosh Kumar Tiwari on Saturday. The report was compiled in 10 volumes and runs for 4184 pages.

The investigation committee took more than 8 years to complete its report and submit it to the Governor. The delay of the report also provided political parties Congress and BJP to play their political games. The Congress demanded CBI inquiry and constituted its SIT which was later dissolved.

However, despite the political controversies that kept going on, the Jhiram Valley massacre remained an unresolved mystery, and people crucially awaited the inquiry report.

"I am continuously following the development related to the submission of the judicial inquiry commission report but as you know it was submitted on Saturday and I don’t have any details about it. I will make a public statement soon, whenever I see the report," Umesh Patel, Minister of Higher Education who lost his father Nandkumar Patel, and his brother Dinesh Patel said while speaking to FPJ over the phone.

BJP State President Vishnu Deo Sai said, “Our government has ordered the constitution of the investigation commission and the commission has submitted the report to the Governor. Now, it is up to Chief Minister Bhupesh Baghel to act on it”.

However, CM Baghel repeated several times that Jhiram related crucial documents are in his pocket. Despite the Congress government being in power in the state for the last three years, he did nothing, Sai commented.

The submission of the report is an only formality. The public should not expect much from it because the whole incident is in the public domain, such a long period passed no concrete action was made, none of the masterminds was prosecuted, said Ashutosh Mishra, Raipur based Senior Journalist.