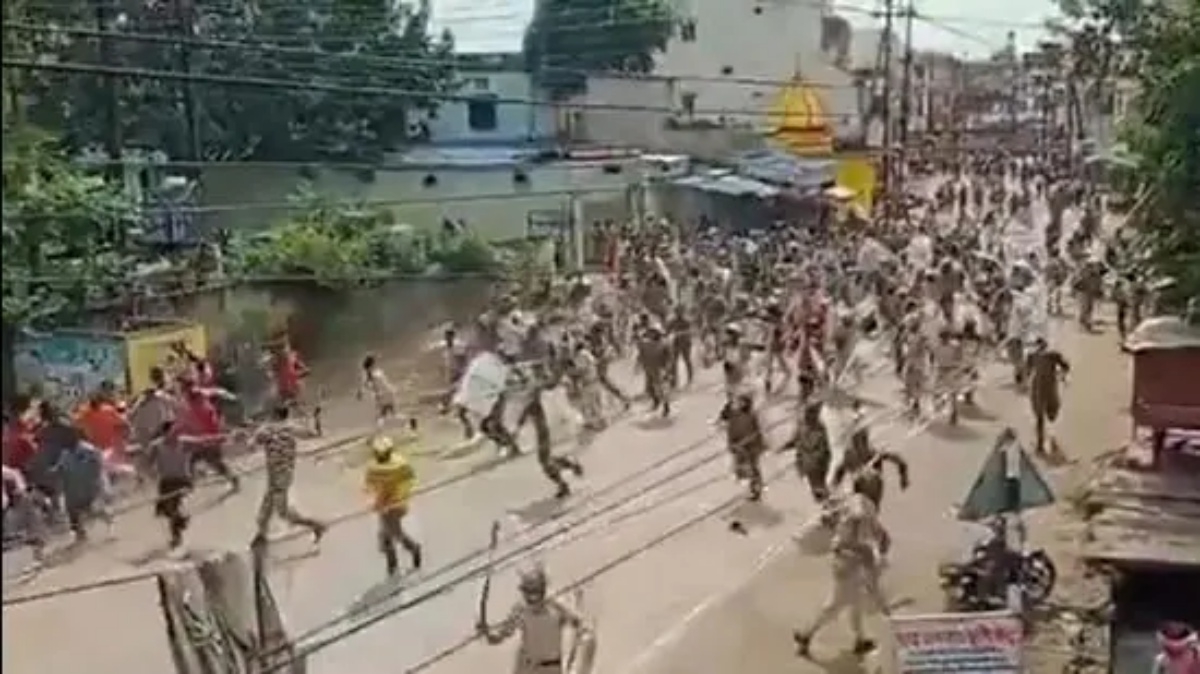 A mob of 3000 people who were peacefully staging a protest organised by Hindu organisations such as Bajrang Dal and Vishwa Hindu Parishad (VHP) defied a curfew imposed by Chhattisgarh’s Kabirdham district administration on Tuesday, 5 October. The violence took place first on Sunday and then on Tuesday and incidents of stone-pelting and arson have been reported from Kawardha town in Kabirdham district.

So far 66 people have been arrested, police said.

A delegation of BJP MLAs led by Leader of Opposition in the Assembly Dharamlal Kaushik reached Kawardha on Wednesday afternoon. The district administration stopped them from meeting "affected" families, they said.

"Internet services have been suspended in the town.. What is happening here, nobody knows. It is `dadagiri' (bullying) by the administration....We have come just to meet those who were thrashed, but we are not being allowed, therefore we have sat on dharna (sit-in)," Kaushik told reporters.

The mob reportedly marched with swords, lathis, and other weapons in the district headquarters town of Kawardha causing extensive damage to property owned by Muslims.

Police lathi-charged the mob to bring the situation under control by Tuesday evening. The curfew was extended to Wednesday.

Following the violence, the BJP also shared a letter of Kabirdham district collector denying them permission to meet affected families.

"Since section 144 of the CrPC is in force in Kawardha municipality.... Presently law and order situation is prevailing in Kawardha. In such a situation, your request to meet the concerned families is rejected to maintain peace and public security in the area," it said.

The BJP leaders wanted to meet some people but were not allowed from the security point of view.

The trouble started on October 3 after people from two communities clashed over the removal of religious flags from Lohara Chowk. To protest the incident, right-wing outfits took out a rally on Tuesday.