The changing power equation in Afghanistan is a challenge for India, prompting a rethink of strategy and the Quad initiative underscored it, Defence Minister Rajnath Singh said on Sunday.

The Defence Ministry is seriously considering the formation of Integrated Battle Groups (IBGs) as quick decision-making is a key aspect during war time, he said addressing the Defence Servicee and Staff College at nearby Wellington.

"The changing equation in Afghanistan is a challenge for us...These situations have forced our country to rethink its strategy. We are changing our strategy and the formation of Quad underlines this strategy," he said.

The Taliban insurgents stormed Afghanistan days ago capturing all major cities in a matter of days, two weeks before the US was set to complete its troop withdrawal after a vexatious two-decade war and the Kabul airport attack has left dozens dead and many injured.

On IBGs, the Minister said these groups would not only facilitate faster decision-making but also increase the number of integrated fighting units.

A reform initiative, 'Tour of Duty' was being considered by the government and it would be a game changing reform as it would help reduce the average age of military and make it more agile.

Without naming Pakistan, Singh said "After losing two wars, one of our neighbouring countries has started resorting to proxy war, and terrorism has become an integral part of its state policy." "If the ceasefire (between India and Pakistan) succeeds today, it is because of our strength. The cross-border attacks in 2016 changed our reactionary mindset to a proactive mindset, which was declared in 2019. It was further strengthened by the Balakot air strike," he added.

On the India-China border standoff, the Defence Minister lauded the Army for behaving intelligently and the security forces once again proved that the nation is committed to face any enemy at any time and in any situation, to ensure national security regardless of the cost.

An unilateral attempt was made last year to change the status quo on the border. "There too, we faced our adversary with a new dynamism," Singh said.

Changes in spheres like the military power, trade, communication, economy and political equation could be clearly seen. In this era of globalisation, no nation could be left untouched by these changes happening around the world, he said.

In such a situation, keeping the nation's security preparedness in proportion to these changes or a step ahead of them is the need.

"Ever since our country became independent it has been the endeavour of enemy forces to create an atmosphere of instability within the country through one or the other means. Taking the history of the last 75 years, it seems that we have inherited the challenges," he added 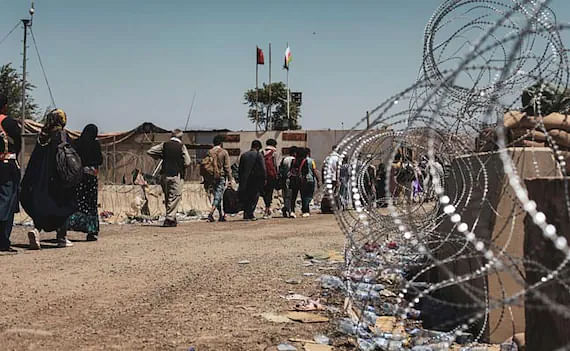