After the BJP posted a rather lengthy video captioned "PAAP ki Adalat", AAP was quick to respond on Friday

The ongoing Twitter war between political parties in Delhi is fast becoming the stuff of legends. So far, they've filmed spoof ads, made countless caricatures and tweeted incessantly. And there's nearly a month to go before the Delhi Assembly polls on February 8.

But, since the tweets are here, the best thing to do probably is sit back and enjoy the spectacle as it plays out.

As we'd mentioned earlier, AAP seems to be winning the race. After the BJP posted a rather lengthy video captioned "PAAP ki Adalat", AAP was quick to respond on Friday.

"So much effort to ridicule one man. Is this all you got?" the party's Twitter handle asked.

As a postscript, they added, "Boring content. If you need any advice on content or satire please get in touch with us".

This is not the first time that the two parties have clashed on social media recently. And, as we mentioned earlier, it would seem that currently the AAP is showing other parties how social media needs to be used. And while the BJP and the Congress are trying, many of their attempts are pale imitations.

Of course if you ask each one of them, there is absolutely no competition and they're miles ahead of the competition. 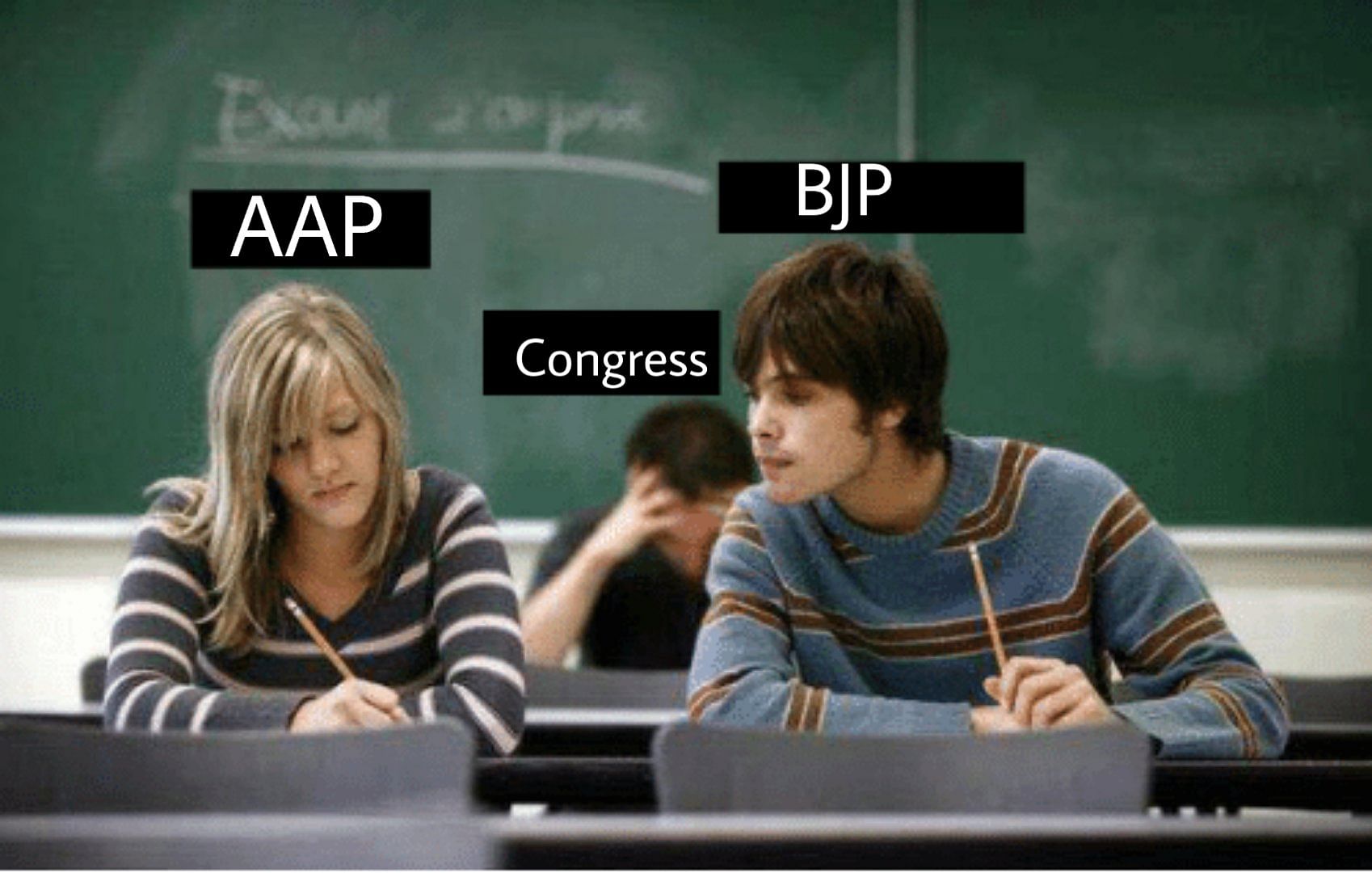 More recently, on Friday, the party took a dig at the BJP over their lack of a Chief Ministerial candidate.