Goa: Ahead of West Bengal Chief Minister Mamata Banerjee’s visit to Goa and at a time when Trinamool Congress is claiming that Congress has done an alliance with the BJP, poll analyst Prashant Kishor at a closed door meeting in Goa claimed that BJP is not going for next few decades even if Congress leader Rahul Gandhi thinks that it is a matter of time to oust BJP.

“Do not get into this trap that people are getting angry and may throw away Modi. But BJP is not going anywhere, they are going to be here for the next few decades. That is where the problem lies with Congress leader Rahul Gandhi. He thinks it is a matter of time", Kishor said

“Participate, do your bit in politics. Doesn’t mean you have to join politics, but don’t just criticize while sitting at home thinking somebody from Kenya will come and help,” PK was heard saying while addressing eminent personalities of Goa.

Talking to Free Press Journal, BJP spokesperson Urfan Mulla said that the poll strategist had made the ‘correct’ statement and also that he instead of being poll strategist should start a sweet shop.

“For a change the poll strategist who has been helping TMC made a correct statement that BJP cannot be washed off no matter how much any party tries. Prashant Kishor should stop his shop of being a poll analyst and should open a sweet (halwai) shop,” said Mulla.

Taking further potshots at the Trinamool Congress, Mulla said that no matter how much TMC tries the BJP cannot be ‘uprooted’ from Goa.

“The BJP’s organization is strong in Goa and especially after Pramod Sawant became the Chief Minister, people of Goa have seen development and are also happy with the present BJP government,” said Mulla. 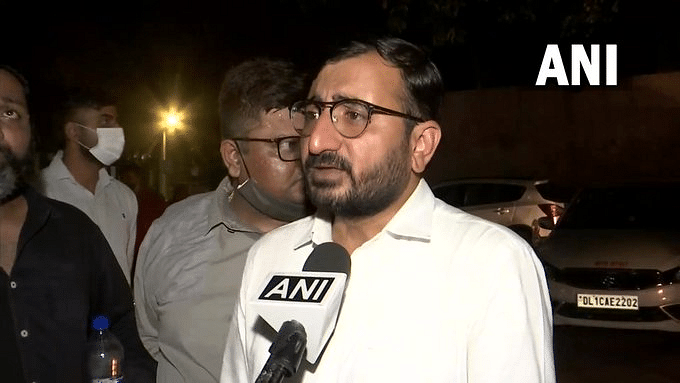