New Delhi: The BJP on Sunday announced their list of candidates for the upcoming assembly election in Kerala and said that the party will contest on 115 seats and the rest of 25 seats will be left for allies.

BJP national general secretary Arun Singh announced the list of 112 candidates at the party headquarters here in the national capital.

"In Kerala, BJP will be contesting 115 seats and the rest of 25 seats will be left for four parties. State BJP chief K Surendran will contest from two constituencies - from Manjeshwar in Kasaragod and Konni in Pathanamthitta," Singh said.

Metroman E Sreedharan, who recently joined the BJP, has been fielded in Palakkad. Former state president Kummanam Rajasekharan is contesting from Nemom.

The election for the 140-member Kerala assembly in 14 districts will be held in a single phase on April 6. The counting of votes will take place on May 2.

Read Also
Have enough energy to work, want to use it for Kerala's development: Metro man E Sreedharan at... 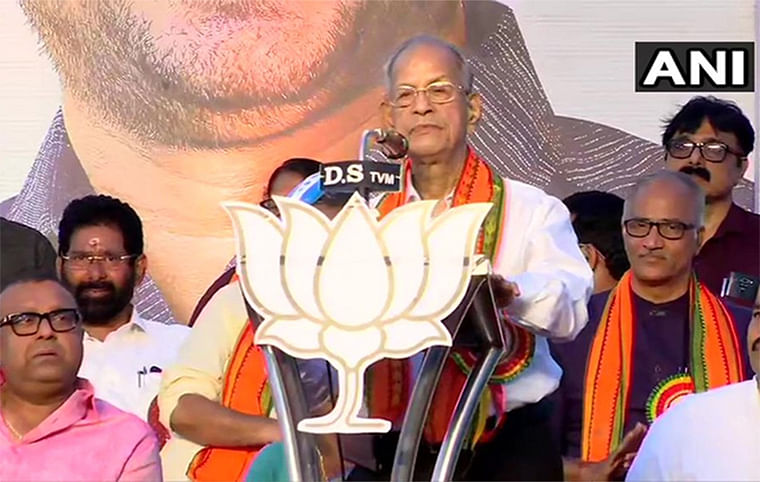