The Congress also tweeted that the BJP has failed to answer questions on economic slowdown, unemployment and banking crisis and is resorting to spreading lies instead.
PTI 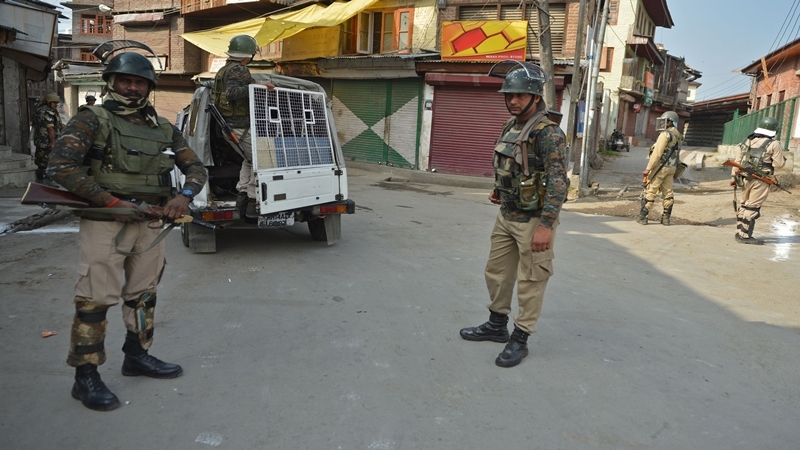 London/New Delhi: British opposition Labour Party leader Jeremy Corbyn has sparked a war of words in India between the BJP and the Congress after he claimed that human rights situation in Kashmir was discussed during a meeting with "UK representatives from the Indian Congress Party".

The BJP on Thursday lashed out at the Congress over its "shameful shenanigans" and demanded an explanation following which the latter hit out at the ruling party accusing it of making "malicious statements" to distract the people from its failures. "A very productive meeting with UK representatives from the Indian Congress Party where we discussed the human rights situation in Kashmir," Corbyn said in a Twitter statement on Wednesday.

"There must be a de-escalation and an end to the cycle of violence and fear which has plagued the region for so long," notes his statement, alongside an image of him joined by Labour's shadow foreign secretary Emily Thornberry with a group of Congress Party UK delegates in London.

Corbyn has been under pressure from Indian diaspora groups in Britain since the Labour Party passed a resolution against the Indian government's August 5 decision to revoke Article 370 to withdraw the special status accorded to the state of Jammu and Kashmir, perceived as anti-India with its call for international intervention in the region. The Labour Party leader, whose stand on Kashmir has not gone down well with the Indian government, also tweeted a picture of the meeting.

The picture included Kamal Dhaliwal, who heads the overseas Congress in the UK. "Appalling! Congress owes it to the people of India to explain what its leaders are telling foreign leaders about India. India will give a befitting reply to Congress for these shameful shenanigans!" the BJP said in a tweet, slamming the Congress.

The saffron party's foreign affairs department in-charge Vijay Chauthaiwale said, "This is Congress seeking advice from the UK Labour Leader - they might as well go to their masters directly in Pakistan." The UK unit of the Indian Overseas Congress claimed that it had gone to meet Corbyn to condemn the Kashmir resolution passed by his party and reiterate to them that Jammu and Kashmir is an internal matter and no intervention will be accepted.

"Our meeting with Jeremy Corbyn was held to condemn the Kashmir resolution passed by his Party and to reiterate that J&K is an internal matter and outside intervention will not be accepted. BJP's malicious statements are another attempt to distract people from their failures," the Indian Overseas Congress said in a tweet.

The Congress also tweeted that the BJP has failed to answer questions on economic slowdown, unemployment and banking crisis and is resorting to spreading lies instead. "The BJP has failed to answer a single question on the economic slowdown, rising unemployment, banking crisis and even the irregularities in the Rafale deal. Therefore they have to resort to spreading lies to evade the truth. They can't hide behind their propaganda anymore," the Congress tweeted.