HomeIndiaBilkis Bano Case: How judges recuse from cases, and why

Bilkis Bano Case: How judges recuse from cases, and why

Bilkis Bano Case: How judges recuse from cases, and why | File photo
Follow us on

Supreme Court judge, Justice Bela M Trivedi on Tuesday recused herself from hearing the plea filed by Bilkis Bano, challenging the pre-mature release of 11 convicts, who had gang-raped her and murdered her family members during the Godhra riots in 2002.

A bench of Justices Ajay Rastogi and Bela M Trivedi said the matter be posted before another bench. 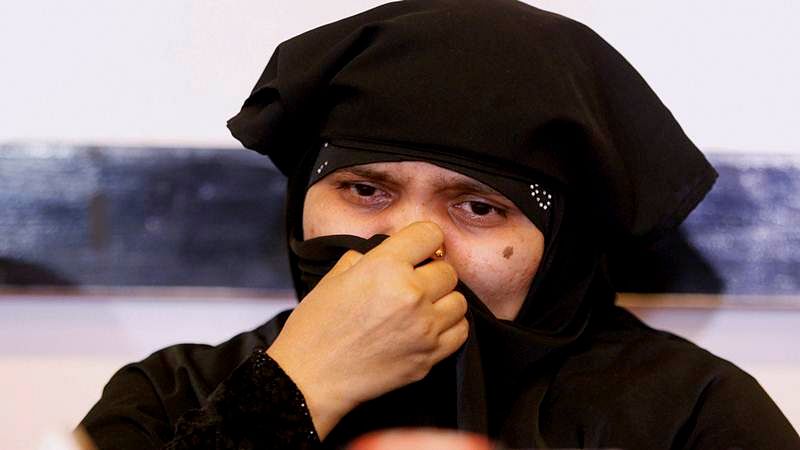 Why a judge recuses from a case?

Can someone else point out if there is a conflict of interest?

Sometimes, the lawyers or parties involved can bring up the conflict of interest in front of the judge.

Where is recusal derived from?

As per primelegal.in the Constitution of India in its Third Schedule provides for the oath of judges that highlights that a judge will perform the duties of the office without fear or favour, affection or ill-will, that categorically provides for the premise on which the principle of recusal is based.

What the judges said in the recusal

"List the matter before a bench in which one of us is not a member," the bench headed by Justice Rastogi ordered without specifying any reason for the recusal of justice Trivedi. Advocate Shobha Gupta, appearing for Bilkis Bano, said her only predicament is that winter vacation of the court is approaching and she wants the matter to be heard at an earlier date.

The top court said that a new bench will be constituted and the matter will be taken up thereafter.

Gupta told the bench that when the matter is taken up, she would like to press her application seeking a stay of the remission order.

Bilkis Bano has also filed a separate plea seeking a review of the apex court's May 13, 2022 order on a petition by a convict in which it had asked the Gujarat government to consider premature release of the convicts in terms of its policy of July 9, 1992 about deciding a remission petition within a period of two months.

The review plea was also listed for consideration before a bench of Justices Rastogi and Vikram Nath at 1.30 pm in chambers. The order on the review plea is yet to be uploaded.

In her writ petition against the grant of remission, which had led to the release of the convicts on August 15, Bilkis Bano has said the state government passed a mechanical order completely ignoring the requirement of law as laid down by the Supreme Court.

"The enmasse premature release of the convicts in the much talked about case of Bilkis Bano, has shaken the conscience of the society and resulted in a number of agitations across the country," she said in the plea.

Referring to the past verdicts of the top court, the petition said enmasse remissions are not permissible and, moreover, such a relief cannot be sought or granted as a matter of right without examining the case of each convict individually based on their peculiar facts and the role played by them in the crime.

"The present writ petition challenging the decision of the state/central government granting remission to all the 11 convicts and releasing them prematurely in one of the most gruesome crimes of extreme inhuman violence and brutality by a group of human beings upon another group of human beings, all helpless and innocent people - most of them were either women or minors, by chasing them for days together persuaded by hate towards a particular community," it said.

The plea, which gave minute details of the crime, said Bilkis and her grown-up daughters were shell-shocked with this sudden development.

"The decision of the government came as a shock to the citizens, nationally and internationally, and the society across segments showed anger, disappointment, and distrust and protested the clemency shown by the government.

"When the nation was celebrating its 76th Independence Day, all the convicts were released prematurely and were garlanded and felicitated in full public glare and sweets were circulated and this is how the present petitioner along with the entire nation and the whole world came to know about the shocking news of premature release of all the convicts (respondents no. 3-13) of one of the most gruesome crime this country has ever seen of multiple time gang rape of a pregnant woman," it said.

It referred to wide public protest in many cities, on all social media platforms and news channels, portals.

It was also reported heavily that Muslims of the area started fleeing away from Rahimabad in fear after the release of these 11 convicts, the plea said.

The separate review petition said Bilkis Bano was not made a party to the petition by a convict who along with others was released under the state's remission policy which is not in force.

"In view of the development that the policy dated July 09, 1992 stood cancelled vide circular dated May 08, 2003 of State of Gujarat, it was necessary to be examined whether still the policy dated 09.07.1992 would be the relevant policy for remission application of the convicts to be considered, if at all the State of Gujarat is the appropriate Government under section 432 CrPC," the review plea said.

Bilkis Bano was 21-years-old and five months pregnant when she was gang-raped while fleeing the riots that broke out after the Godhra train burning incident. Her three-year-old daughter was among the seven family members killed.

The investigation in the case was handed over to the CBI and the trial was transferred to a Maharashtra court by the Supreme Court.

A special CBI court in Mumbai had on January 21, 2008 sentenced the 11 to life imprisonment.

Their conviction was later upheld by the Bombay High Court and the Supreme Court.

The 11 men convicted in the case walked out of the Godhra sub-jail on August 15 after the Gujarat government allowed their release under its remission policy. They had completed more than 15 years in jail. 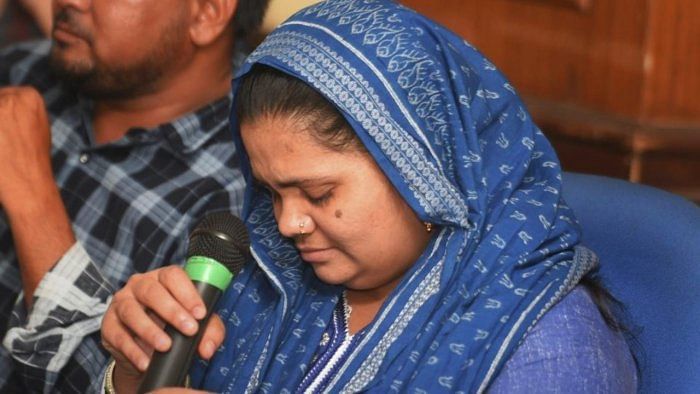