Kishor, however, ruled out having any alliance with other political parties if he floated his own saying "we want to bring about a fundamental change. Coalition politics will not have scope for that".

Bihar political upheaval unlikely to have nationwide impact: Prashant Kishor |
Follow us on

Political strategist-turned-activist Prashant Kishor on Monday asserted that the recent upheaval in Bihar, which stripped the BJP of power in a trice, was a "state-specific" phenomenon and unlikely to have nationwide ramifications.

Talking to reporters in this north Bihar district, Kishor also claimed that the latest volte-face by Chief Minister Nitish Kumar was symbolic of the "political instability" that has come to plague the state ever since the rise of the "new BJP" under the leadership of Narendra Modi.

"We can be certain of only one thing that whatever may be the case, Nitish Kumar will hold on to power as he has been doing for so many years," chuckled Kishor, who was inducted into the JD(U) by the Bihar CM four years ago, elevated to the post of national vice president within weeks, and expelled less than two years later following sharp differences over the CAA-NPR-NRC controversy.

"I can give it to you in writing that the next assembly polls in Bihar in 2025 will see another realignment. We do not know which party or leader will land on which side. But the current scenario will change," claimed Kishor, whose venture IPAC was credited for Modi's spectacular campaign in Lok Sabha polls of 2014.

Kishor also appeared to think little of Kumar's recent endeavours to forge opposition unity as part of which he will be on a three-day tour of Delhi.

"He has received the mandate for governing Bihar which should have been his priority. Moreover, what has happened here is a state-specific phenomenon, unlikely to have any nationwide impact," he added.

The celebrated political strategist, who has launched a mass outreach programme called 'Jan Suraaj', refused to make any predictions for the next Lok Sabha polls or answer queries about the political situation in other states like Jharkhand, insisting that he was fully focused on transforming Bihar.

"I was expecting a good response from the state's youth. To my pleasant surprise, though, even the elderly are showing much enthusiasm," said Kishor, who is scheduled to launch a state-wide 'padayatra' next month as part of which he will cover nearly 3,500 km on foot.

"I am not at all impressed by the Anna Hazare movement or the Aam Aadmi Party. I draw inspiration from the pre-Independence Congress when people from all walks of life used to join the organisation to do their bit for society," he stated in reply to a query.

He also said that after his 'padayatra' was over, in "12 to 15 months", it will be decided whether a political party was to be formed.

Kishor, however, ruled out having any alliance with other political parties if he floated his own saying "we want to bring about a fundamental change. Coalition politics will not have scope for that". 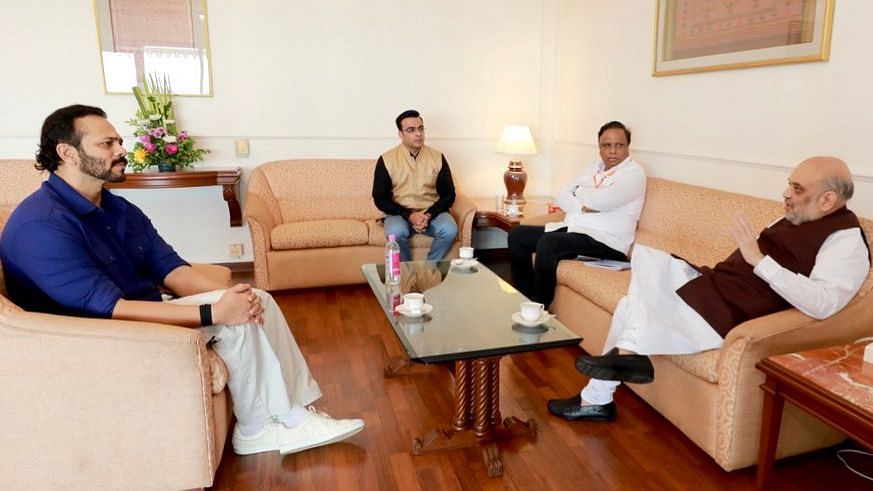