Patna: Pashupati Kumar Paras recognised as the leader of Lok Janshakti Party in Lok Sabha on Wednesday claimed that former president Chirag Paswan was behaving like a dictator. However, Chirag countered by saying Paras stabbed Paswan family in the back

Paras who arrived here was given a grand welcome by party workers who literally violated covid-19 appropriate protocols at the airport and party office on Wheeler Road. Hundreds of party workers welcomed Paras with garlands and no social distancing was visible.

Paras told mediapersons Chirag was working like a dictator and because of his activities LJP was ruined.(Party ko barbad kar diya,rasatal mai le gaya).

He claimed he had been recognised as leader of the party's parliamentary party by the Speaker and Chirag must accept it.His action of removing the five MPs from the party is unconstitutional.

Chirag Paswan reacted for the first time since Sunday evening and at a press conference in New Delhi alleged, "Paras stabbed the Paswan family and party founded by Ram Vilas Paswan. He has been made leader of the parliamentary party illegally." "Conspiracy to break the party was hatched when I was on sick down with Typhoid.

He alleged at least thrice that the entire plan to break the LJP was the work of JDU and the chief minister, Nitish Kumar." I did not bow before Nitish Kumar, I am son of a lion (Mai Sher ka beta Hoon)." "My father did not surrender to anyone," he claimed.

He announced that the battle against uncle Paras would be long drawn-both on political front and on legal front.

He denied the charge of Paras that LJP was ruined under his (Chirag) leadership and claimed in the last assembly elections,h is party got more than 6 per cent vote share, much more than HAM and VIP, two alliance partners in NDA. 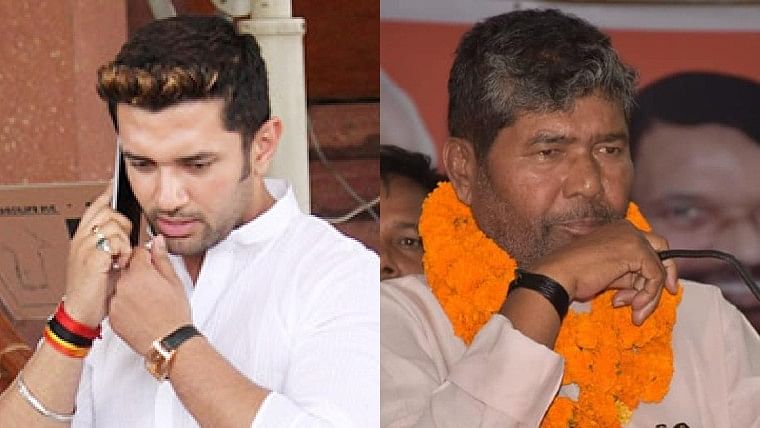 While Paras announced he would tour the state to revitalise the organisation, Chirag also announced he would launch Bihar wide tour from June 21 for three months to seek support of the followers of his father. Political leaders here indicated Paras campaign would be backed by the JDU workers and Chirag will get active support from the RJD during his state wide tour.

Meanwhile,the family feud took an ugly turn when a former woman national secretary of the LJP filed a three pages FIR at Connaught Police station in New Delhi against the rebel MP Prince Paswan(Samastipur) alleging she was sexually exploited by the young leader on promise of marriage. She claimed Chirag Paswan and Paras, both were aware of the amorous activities of Prince.

Reacting to the FIR, Chirag said he had informed Paras on March 29 about the misconduct of his cousin (Prince Paswan) but Uncle ignored. Media persons asked Paras also about the FIR, he replied saying "ask Chirag".

The woman who was made in-charge of Madhya Pradesh alleged she was physically beaten by Prince at the residence of Paras. She later joined JDU. She claimed as a LJP leader she had campaigned in Samastipur, constitutency of Prince Paswan. 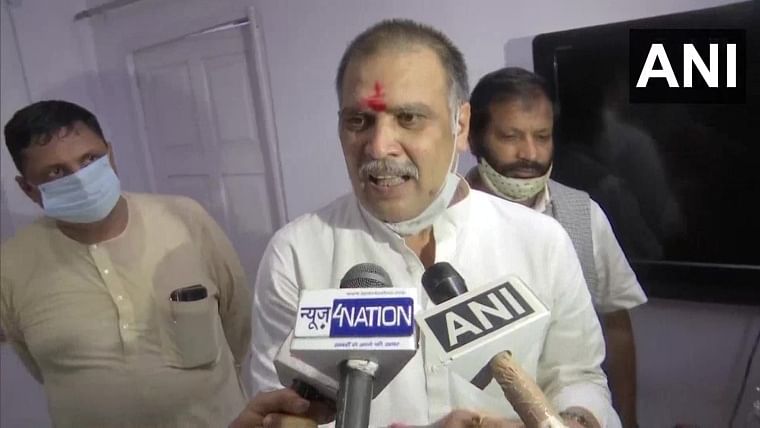