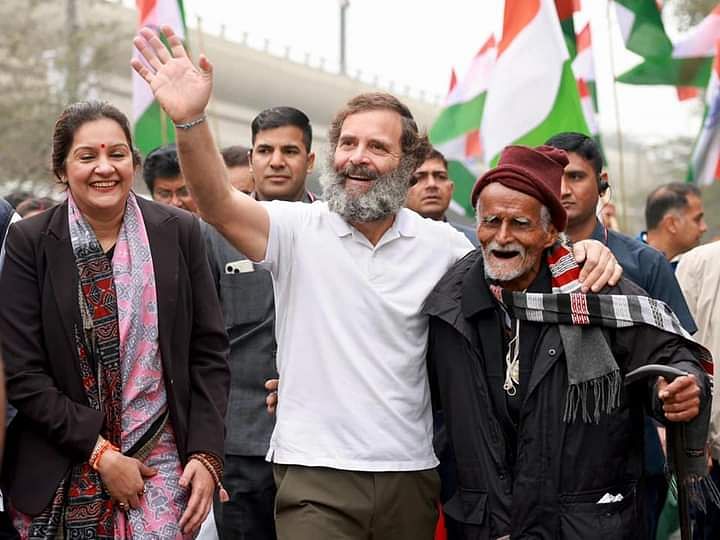 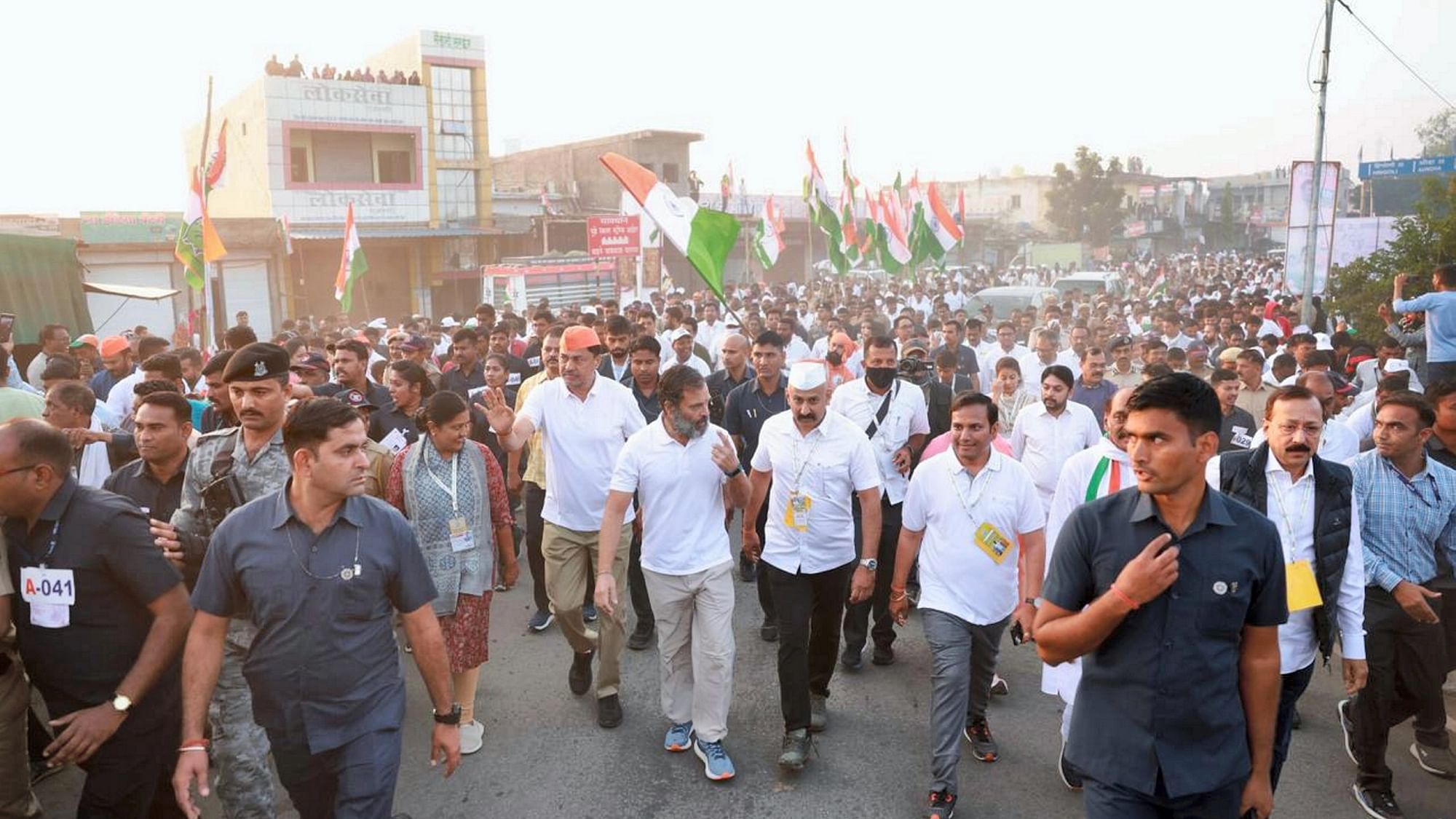 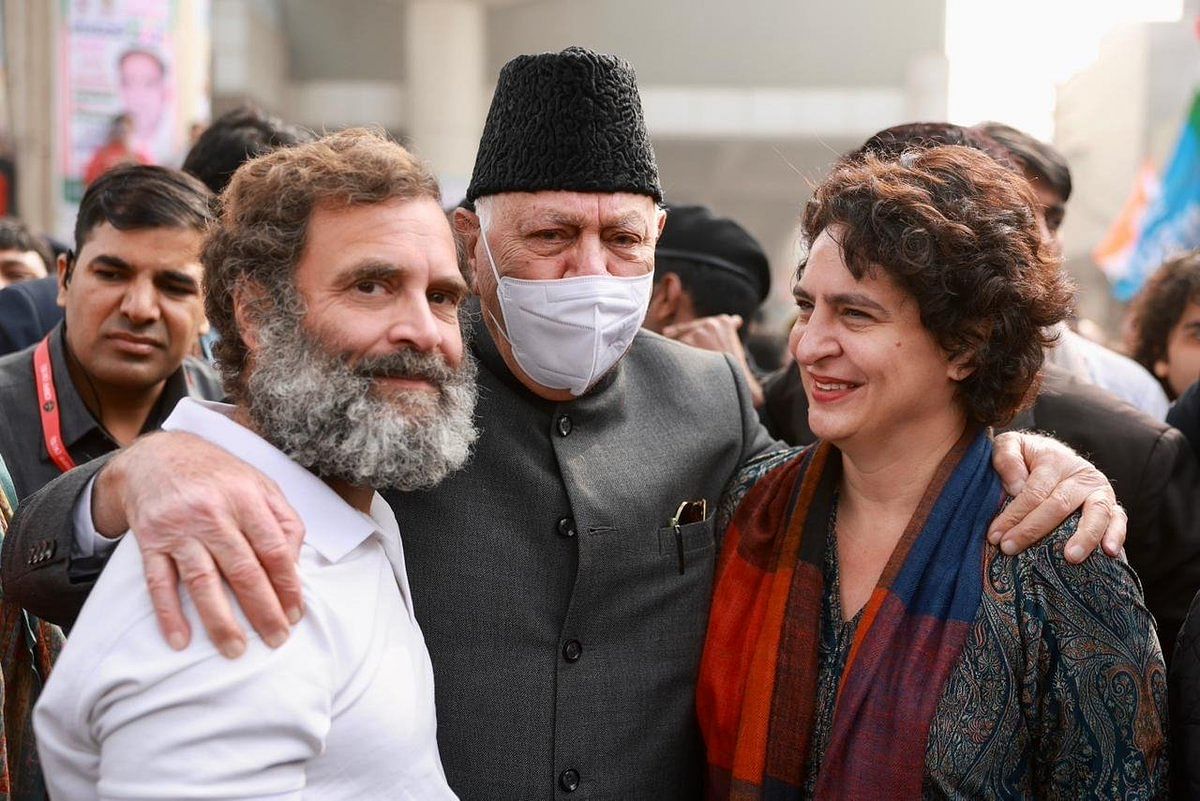 SP, BSP extends its support, but will not join the march

Notably, leaders like Mayawati and Akhilesh Yadav extended their warm wishes to Bharat Jodo Yatra on Monday. But they won't join the Yatra in Uttar Pradesh, sources said.

Congress MP Rahul Gandhi visited Marghat Hanuman Mandir in Delhi in the morning. Temple Mahant Vaibhav Sharma said that Rahul Gandhi chanted mantras in his mind and bowed before the idol of Hanuman.

BJY to re-enter Haryana on Jan 6

Shiv Sena Rajya Sabha MP Priyanka Chaturvedi on Tuesday joined the Bharat Jodo Yatra after Rahul Gandhi sent an invite to her. She said, "The time has come for the opposition to unite and confront the current situation in the country." The Yatra is expected to cross Uttar Pradesh over a span of three days before re-entering Haryana on January 6.

Bharat Jodo Yatra entered Uttar Pradesh from Delhi via Loni. A large number of people were present along the way to welcome the yatra.

Congress general secretary Priyanka Gandhi will accompany Rahul Gandhi throughout the UP leg of the Yatra.

Yatra will cover the stretch from Loni in UP to Ghaziabad. It will take a halt at Baghpat tonight.

The UP Police has issued guidelines ahead of the Yatra entering the state. "The yatra will reach from Loni to Baghpat and the common people should not have any problem in communication," said the Police officials.

Other leaders spotted in BJY

Shama Mohamed said to ANI, "Congress has sent the invitation to the leaders of the Opposition. Some people could not make it. But they have extended their wishes. That's a positive message." Alka Lamba said to ANI, "We want to ask the Delhi government and the BJP government at the centre. What has been done for the security of women? One decade has passed since 2012. Still, incidents like Kanjhawala happened. The issue of women's security is also getting prominence from the Yatra." The yatra has covered more than 110 days and over 3,000 km of march. Starting from the southern states, the yatra moved to Rajasthan and Delhi before the break.

So far, the Yatra, which started from Kanyakumari on September 7, has covered parts of Tamil Nadu, Kerala, Karnataka, Andhra Pradesh, Telangana, Madhya Pradesh, Rajasthan and Maharashtra and Haryana. It will culminate in Jammu and Kashmir.

It is the longest march on foot by any Indian politician in the history of India, the Congress has claimed.

With this yatra, Rahul Gandhi aims to mobilise the party cadre and unite the general public against the BJP's "divisive politics in the country. 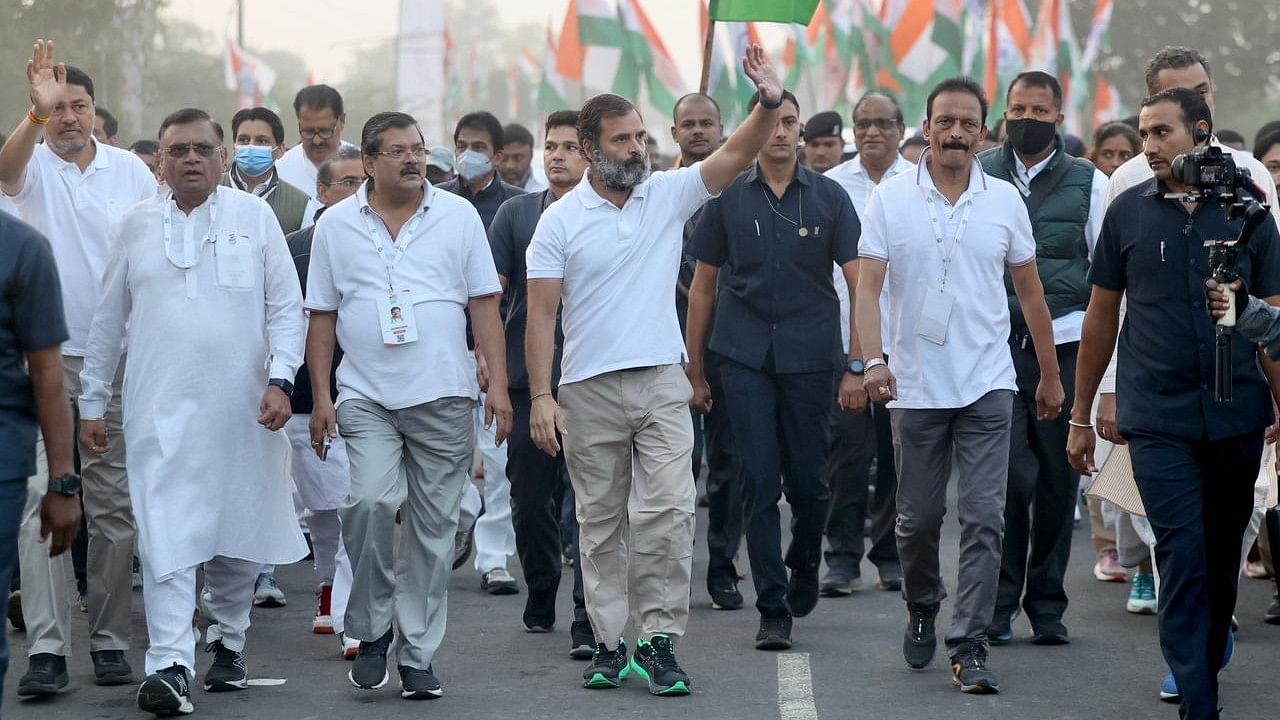