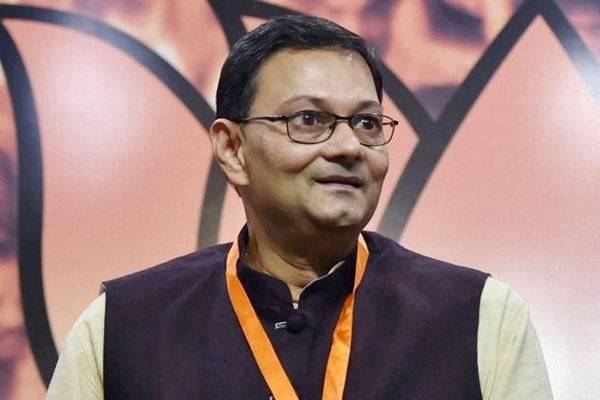 Bhabanipur the most cosmopolitan Assembly Constituency in West Bengal rises to the occasion of another electoral battle within a short period of four months. This time the contestant from the Trinamool Congress is the sitting Chief Minister herself to get elected as a member of the Legislative Assembly a statutory requirement, as she lost the elections from Nandigram.

Priyanka Tibriwal, has been pitted against Mamata Banerjee by the Bharatiya Janata Party. Priyanka came into prominence due to her proactive stand to obtain justice for BJP activists who were subjected to post-poll violence. Her efforts were creditable.

Political violence has been a tradition in Bengal since the Congress regime, enhanced during the Left Front tenure and institutionalized at present by the Trinamool Congress.

The Left Front has put up Srijib Biswas, a lawyer and a newcomer in politics.

Congress has declined to give a candidate for this seat. Historically, the Congress used to have a committed vote bank in Bhabanipur, but in the absence of a Congress candidate, this vote share would shift.

The fight essentially would be between the Trinamool Congress and the Bharatiya Janata Party.

It is a mixed electorate consisting of Gujaratis, Marwaris, Sikhs, Christians and Bengalis. Total number of voters approximately is couple of lacs. There is roughly 22% on an average Muslim minority vote bank, which is a critical factor in winning this seat. However, in the past, it has been observed, although by a slender margin of 185 votes, BJP was able to take a lead in 2014 Lok Sabha elections. In 2016 State elections, BJP could increase its vote share from 4000 in the previous election to 27000 votes, a vote percentage of 36%. In 2019 Lok Sabha elections, BJP was trailing only by 2868 votes and could take a lead in Mamata Banerjee’s own ward by 476 votes.

People of this constituency are progressive and would like development to be the key factor. Obtaining a share of the Muslim minority vote is also very important to gain an edge to win this seat.

Mamata Banerjee is a mass leader, who has the charisma to reach out to all strata of society cutting across communities. However, there is an anti-incumbency factor. But certain development schemes taken up by the TMC Government recently may be a counter to tide over the negative factors.

Priyanka Tibriwal is a new face, who is not leaving any stone unturned, to get to her voters. People would be looking forward to know her and listen to what she says.

History, heritage and culture of Bengal would be important among the conservative Bengali Community of Bhabanipur, which is approximately 36%. Development in the spheres of Education, Health, Infrastructure and Industry would be issues that all the contestants must put forward. Sanitation, roads and slum development are local issues which must be addressed. Contestants must make efforts to unite all communities for their welfare and upliftment.