The driver allegedly asked the police to take Sarkar in custody for "he was saying he was a Communist and was talking about burning the country".
FPJ Web Desk 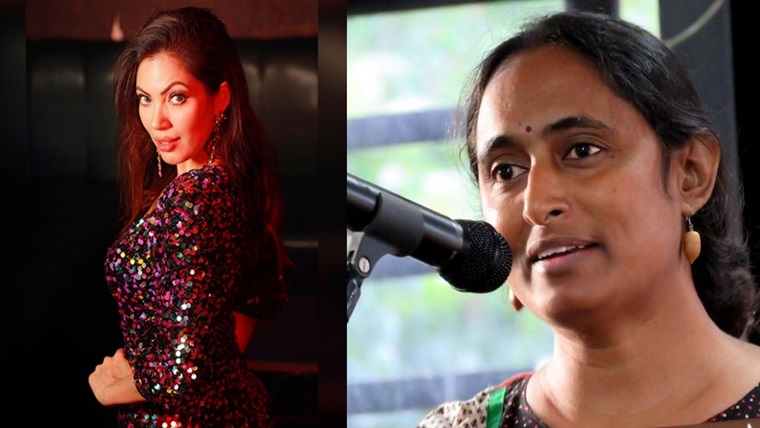 Popular television show Taarak Mehta Ka Ooltah Chashmah (TMKOC) actor Munmun Dutta on Friday slammed Secretary of the All India Progressive Women's Association and CPI(M) leader Kavita Krishnan for her comments after a poet-activist discussing about the anti-Citizenship (Amendment) Act protest over his phone was taken to a police station by a cab driver in Mumbai on Wednesday night.

Taking to Twitter Krishnan had written that she wondered whether the poet was targeted because he sounded Bengali. She wrote, "I am also forced to wonder, was @Bappadittoh targeted because he sounded Bengali? Is Banglabhashi a reason to be suspected of being Bangladeshi or pro Bangladeshi? Is it dangerous to be Bangladeshi? Remember how workers in Vijayvargeeya's house & in Bangalore were harassed?"

Slamming Krishnan for her comment, the TMKOC actor said that she, being a Bengali, has been living in Mumbai for almost 15 years, and have never faced any prejudices. Taking a jibe at the CPI(M) leader, she said that it's wrong to incite Bengalis about something which is nonexistent.

She wrote, "I am a bengali / banglabhashi studied, living and working in Mumbai for almost 15 years now and never have I faced any prejudices or have been ridiculed 4 my language or culture. It's wrong to instill such thoughts or incite bengalis about something which is nonexistent."

23-year-old activist Bappaditya Sarkar, a resident of Rajasthan's Jaipur, had arrived in Mumbai on February 3 for a poetry reading session at the Kala Ghoda Festival, and had taken part in the ongoing anti-CAA-NRC protest at Nagpada in Mumbai. He took the Uber cab from Juhu to Kurla around 10.30 pm on Wednesday.

During the journey, Sarkar was discussing with his friend on mobile phone people's discomfort with 'Laal Salaam' slogan at Shaheen Bagh protest in Delhi. The driver, who was listening, stopped the cab and told Sarkar he wanted to withdraw money from ATM. But he returned with two policemen, who allegedly asked Sarkar why he was carrying a 'dafli' (a percussion instrument), and also asked him his address.

The driver allegedly asked the police to take Sarkar in custody for "he was saying he was a Communist and was talking about burning the country".

According to police, the driver told them that the passenger was anti-national and was talking about dividing the country and could turn out to be a danger for society.

The police recorded the statements of the two but did not find anything suspicious and therefore let them go.