As per a social media post, poet Bappadittya Sarkar had an unnerving experience when his Uber driver took him to the police station and suggested that the police detain him. "Ye desh jalane ki baat kar raha hai," the driver alleged.
FPJ Web Desk 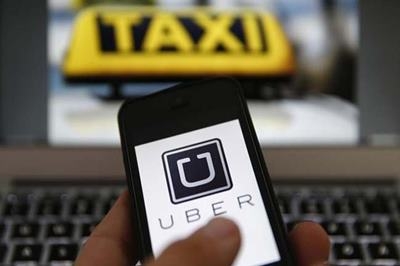 Picture this: You get into a cab, you're on the phone....and then, the next thing your know, your Uber driver is trying to get you arrested.

There are naturally a few other steps in between, but going by a post shared by Kavita Krishnan on Twitter, who in turn quotes poet and activist Bappadittya Sarkar, we now have the latest in a series of incidents involving ride aggregator apps.

This is not the an isolated incident -- in the recent past, there have been others who have taken to social media to share similar experiences, when faced by Ola and Uber drivers who posess political opinions and/or make attempts at moral policing.

Bappadittya Sarkar's experience with Uber, according to the shared post, begins much in the same manner as all rides are wont to do. Sarkar had taken the cab from Silver Beach, Juhu around 10:30-10:45 pm to return to Kurla.

"As I got in the cab, I called a friend of mine and we were talking about protest cultures in different cities, what happened at Shaheen Bagh yesterday, people's discomfort with Laal Salaam and how we could make Jaipur's protests more effective," he narrates in the screenshots.

Sarkar says that about 10-20 minutes in, the driver halted to ask if he could use the ATM. He agreed, but it was only when the driver came back with two policemen that Sarkar realised that he was outside a police station.

"The policemen asked me where I was from and why I was carrying a dafli, I told them I'm from Jaipur and that I was carrying the dafli because I was sloganeering at Mumbai Bagh earlier in the afternoon," he narrates.

Sarkar denies making the 'hum desh jala denge' comment and even asked the police to listen to the aforementioned recording to ascertain the same.

Sarkar narrates that he texted his friends his live loation, even as the driver continued to yell at him. He was questioned by

the police about his ideology, and people he read. The police also took the statements from the two.

"...they asked him to give his statement and took mine, which included unnecessary details like my father's salary, and how I sustain myself without a job," Sarkar narrates.

"At around 1, Comrade S Gohil came and I was let go shortly after. However, the police was polite throughout the course of this inquiry and advised me not to carry my dafli around and/or wear a red scarf because "abhi mahaul kharab hai, kucch bhi ho sakta hai" But I was still feeling unsafe, so my friend and I got our luggage and moved to a different place to stay," he concludes. 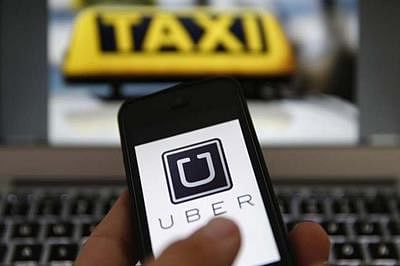 Sarkar's allegations are the latest in a series involving politically opinionated cabbies and their seemingly contrary passengers.

Another recent incident involved a Management Consultant at AT Kearney, Kanav Sharma, who took an Ola ride. Taking to Twitter Sharma narrated how his driver, overhearing a phone discussion on India's current political and economic scenario, criticised him.

"It is Congress' fault of 70 years," the driver told him.

Sharma goes on to narrate that when he refuted the cabbie and asked him to check facts, he was called "one of those anti-national people who find everything wrong with the government."

"You must also be against CAA and NRC,” he quoted the driver as saying. Ideally speaking, opinions should not really come in the way of performing your job. But even more problematic perhaps is the safety issue. Sarkar, while narrating his experience wrote that he was "unsettled" by the cabbie's words, that "some sense of fear set in". And it might be a cold comfort, but he was in the presence of police officials and support was on the way.

There have also been incidents where drivers have turned on their passengers during the course of the ride in far more dramatic ways.

An August 2019 incident involving a Bengaluru woman is the perfect example of this. She was 'advised' to "leave work before 7 pm and not go out drinking with colleagues" as she was an "educated woman".

When asked to mind his own business, the woman was called a 'slut' and the driver said 'things like I can't even be his keep who cleans his shoes'. In her social media post she narrated that she began to feel scared as he slowed down.

"I pressed the 'safety' button on Uber. Instead of calling me, they called the cab driver and he started telling the customer care person that I am extremely drunk," she narrated.

Advised to get out of the cab, the woman was left stranded on the road at 11:15 pm. Even as she spoke to the Uber customer care, the driver was threatening to "tear your clothes if you don't leave the cab now".

These may be isolated incidents. One can even argue than in the grand scheme of thousands of rides, these incidents are but a blip on the radar. But this new style of moral policing is at best a rather problematic turn of events.