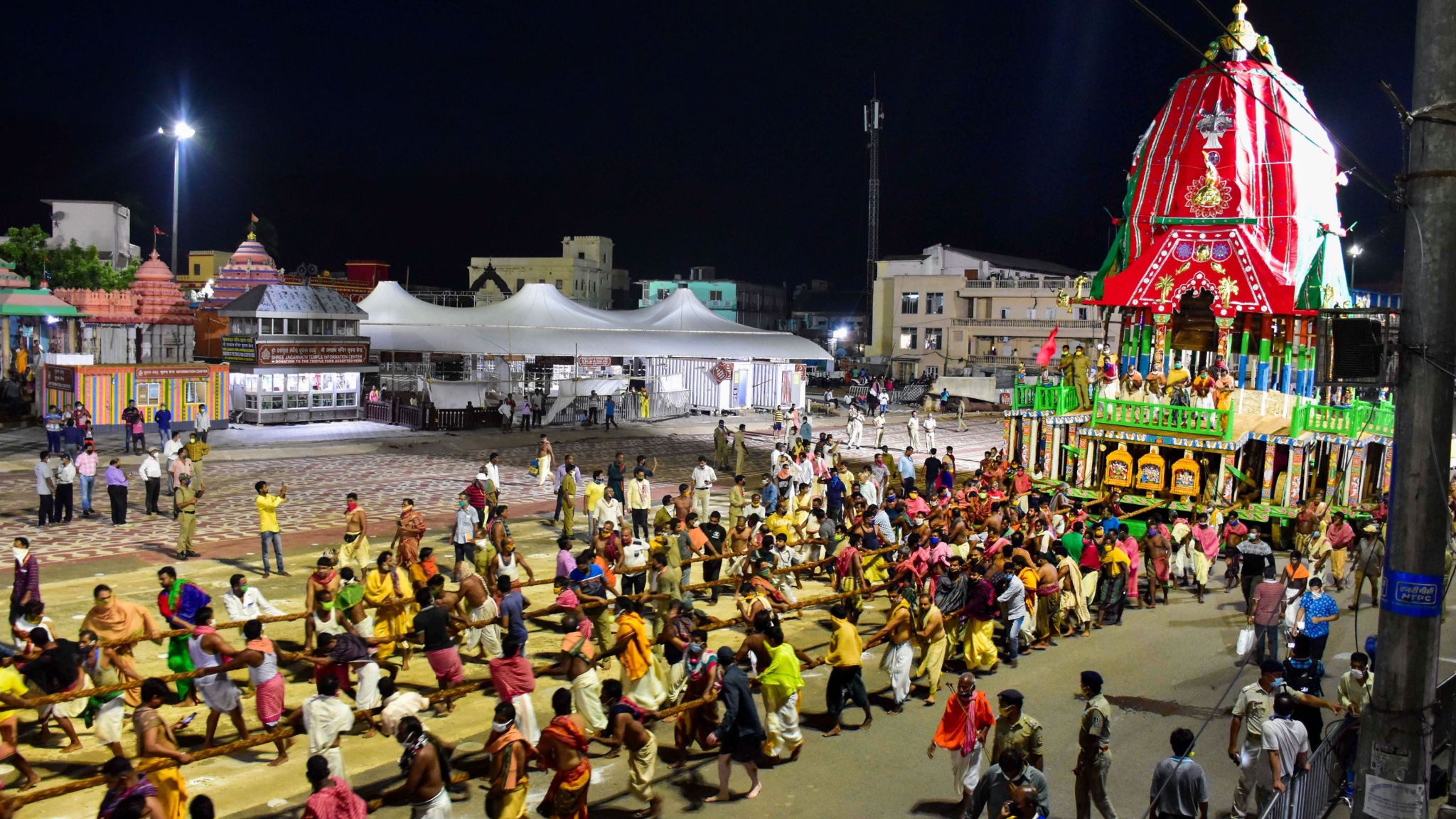 Bahuda Yatra, the return journey of Lord Jagannath, Lord Balabhadra and Devi Subhadra, was organised without devotees, here on Wednesday. The servitors pulled the wooden chariots back from the Gundicha temple to the 12th-century Jagannath temple.

All the rituals and chariot pulling were conducted by the servitors who tested for COVID-19 and found negative.

As per the report by New Indian Express, over 5,000 persons including 3,000 servitors, police personnel, and journalists, who had participated in the Rath Yatra on July 23, were tested for COVID- 19. Out of them 12 people were found positive.

No servitor was found infected in the repeat test but one policeman tested positive.

District collector also imposed a curfew from June 30 night up to July 2, 10 pm in the district. Full restrictions on vehicular movements except for medical urgency and essential services are also imposed.

Amid the beating of gongs, cymbals, blowing of conch shells, the deities were brought out of the Gundicha temple and taken in chariots in a procession called 'Pahandi.'

Lord Balabhadra was the first to set off in his chariot Taladhwaja, followed by Goddess Subhadra in Darpadalana and Lord Jagannath in Nandighosha.

Puri Gajapati Dibyasingh Deb performed 'Chhera Pahanra' (sweeping the chariots with a golden broom). Then the servitors pulled the chariots to the Jagannath temple on the grand road.

The Supreme Court, which allowed Rath Yatra, banned the devotees from participating in the annual festival in view of the COVID-19 situation. The Rath Yatra was also held without any devotees on June 23.

The deities go to the Gundicha temple during the Rath Yatra, which marks the nine-day journey of the deities from the 12th-century shrine.

While Sunabesha (golden attire) of the deities would be held on Thursday, they would be taken back to the main temple in a ritual called Niladri Bije on Saturday, said a Shree Jagannath Temple Administration (SJTA) official.

DGP Abhay said Bahuda Yatra was held smoothly with the cooperation of servitors and people.