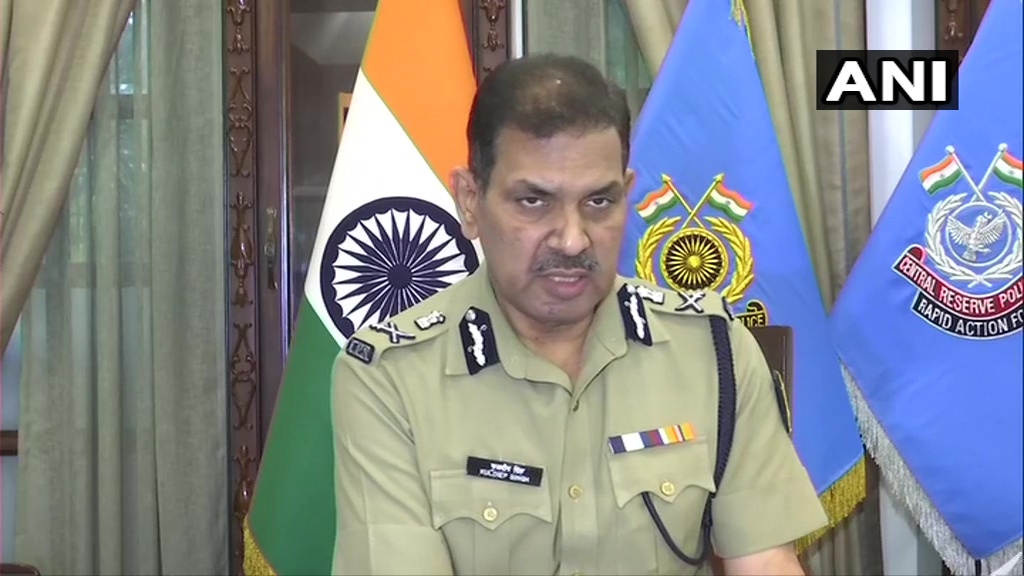 Central Reserve Police Force (CRPF) DG Kuldiep Singh on Tuesday said the situation at the Assam-Mizoram border is currently peaceful. The Assam Police has retreated from the disputed area and the Mizoram Police continues to stay at their temporary posts, Singh said. With two CRPF companies already present, he added that four additional companies have been deployed at the border areas.

"Yesterday, tension escalated on the Assam-Mizoram border when Police forces of the two states entered into a clash over a disputed border area. It further escalated when they fired bullets at each other. Situation was brought under control with intervention of CRPF," Kuldiep Singh said.

For the unversed, the Assam-Mizoram border tension turned violent on Monday with a spate of clashes. Five Assam Police personnel were shot dead and more than 50 were injured. This happened amid a Twitter flight between Assam Chief Minister Himanta Biswa Sarma and his Mizoram counterpart Zoramthanga.

Meanwhile, Union Home Minister Amit Shah has talked over phone with both the Chief Ministers and urged them to maintain peace and protect the people. Reportedly, Union Home Secretary Alok Bhalla will be meeting the Chief Secretaries of both the states.

The CRPF deployed along the disputed interstate border received criticism from various quarters for allegedly failing to carry out its "responsibility" as a neutral force.

A Mizoram minister, the local MLA and the village council chief alleged that the CRPF were unable to prevent "Assam policemen and civilians" from entering the neighbouring state and overrun security forces' camps inside Mizoram near Veringte on Monday.

Central paramilitary forces have been deployed along the Mizoram-Assam border by the Central government as neutral forces to defuse tension and maintain peace following a border standoff in August last year. While the CRPF are deployed on the Mizoram side, the Sashastra Seema Bal (SSB) are camped on the Assam side in Lailapur.

Mizoram Information and Public Relations Minister Lalruatkima alleged that the paramilitary forces did not restrain armed police personnel and civilians from Assam from intruding into Mizoram territory despite the vulnerability of the situation.

"The bloody clash could have been averted had CRPF personnel prevented Assam police from entering Mizoram territory and put restrain on them," Lalruatkima, who is currently camping at Vairengte, told news agency PTI.

He alleged that unarmed Mizoram police officers were denied protection by CRPF personnel when they rushed to the CRPF base when the firing took place between two state forces on Monday.

Lalrinsanga Ralte, the MLA of Serlui constituency under which Vairengte falls, accused the CRPF of backing the police personnel and civilians from Assam in entering Mizoram territory.

He also alleged that Assam police took over the CRPF camp and drove out around 15 personnel of Mizoram police from their duty post located a few meters away from the CRPF camp on the outskirt of Vairengte.

The MLA claimed that the people of Mizoram have lost faith in the paramilitary force as far as maintaining neutrality and restoring peace on the border areas are concerned.

Lalfamkima, who claimed to have been present at the incident site on Monday, alleged that the CRPF personnel did nothing to stop the Assam team from proceeding and avert clashes.

In a statement on Monday, the Assam government alleged that the Mizoram Police opened fire on its officials and civilians from two dominating high features with automatic weapons, including light machine guns (LMGs).

Tensions along the border with Mizoram in Cachar and Hailakandi districts of Assam have been escalating since October 2020 with frequent incidents of burning of houses and charges of encroachment of land by both sides.

On October 22, 2020, high-level talks were held under the aegis of the Union Home Ministry where it was decided to maintain the status quo and resolve the dispute through discussions.

The tension flared up again in February this year and since then people had fled their houses near Gallacherra border outpost after two huts were burnt down.

After a lull of few months, a grenade was hurled on an Assam government team visiting the border by unknown attackers from Mizoram on July 10, while two back-to-back explosions were heard from across the border in the wee hours on July 11.

A high-level meeting between officials of both the states, including the chief secretaries and DGPs, was also held in New Delhi earlier this month, on the issue to sort out the dispute.

For the uninitiated, Mizoram was a district of Assam before it was carved out as a separate union territory in 1971 after years of insurgency and the district borders did not really matter. The border issue cropped up after that as perceptions over where the boundary should be, differed.

While Mizoram wants it to be along the inner line notified in 1875, which Mizo tribals feel is part of their historical homeland, Assam wants it to be demarcated according to district demarcation done much later.