This morning, the Bongaigaon district administration demolished Markazul Ma'arif-u-Kariyana Madrassa at Kabaitari in the Jogighopa area of the district.

The Assam government on Wednesday demolished a private-run Madrasa in its bid to foil the alleged terror activities being run from the Madrasas in the state.

This morning, the Bongaigaon district administration demolished Markazul Ma'arif-u-Kariyana Madrassa at Kabaitari in the Jogighopa area of the district.

Eight bulldozers carried out the demolition drive in the presence of a huge number of police personnel there.

SP Bongaigaon, Swapnaneel Deka informed that a notice regarding the demolition was issued to the Madrasa authority on Tuesday. Of the nearly 200 students, most of them were sent back home, while a few others who stayed on the Madrasa premises shifted to nearby institutions before carrying out the demolition.

Hafizur Rahman, a teacher of this madrasa, was arrested on August 26 based on information provided by two imams earlier nabbed by the place from the Goalpara district.

Police claimed that Rahman and two imams have strong links with the terror outfits Al-Qaeda in Indian Subcontinent (AQIS) and Ansarullah Bangla Team (ABT).

"We have found some incriminating documents while searching the madrasa," Deka said.

Asked about the reason behind the demolition, the police officer said that the madrasa was constructed violating the government norms and necessary permissions for the building were also not sought.

"So, it was demolished under provisions of the Disaster Management Act", he added.

In the last five months, Assam police have arrested around 40 people for their alleged links to Al-Qaeda in Indian Subcontinent (AQIS) and Ansarullah Bangla Team (ABT).

All India United Democratic Front (AIUDF) Chief and Lok Sabha MP Badruddin Ajmal said that the Assam government should stop its bulldozer drive against Madrasas in the state adding that if needed it will go the Supreme Court.

"We can't accept the Assam government's bulldozer drive against the Madrasas in the state. It should be stopped. If necessary we will move to the Supreme Court or any other against it," Ajmal told ANI.

AIUDF supremo further said that the BJP-RSS are "targeting" Muslims.

"There may be some anti-social people in the Muslim community and the government should take action against the bad elements. We have no issue with it. But use a bulldozer in Madrasa can't be accepted," Ajmal added. 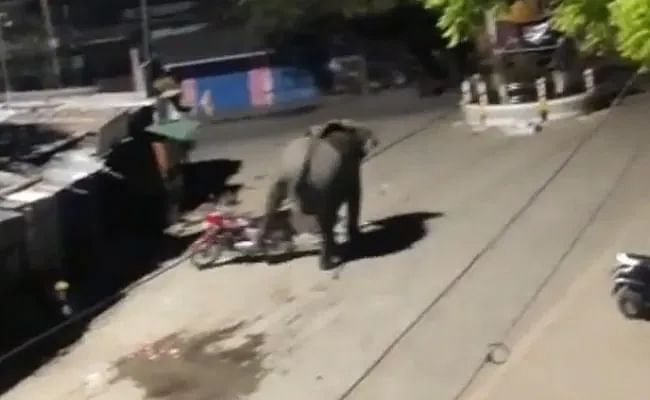