Voters stand in a queue to cast their votes during the bypolls at a polling booth, in Assam's Baksa on Saturday. | (ANI Photo)

BJP and its ally UPPL won all five seats in the Assam Bypolls. BJP candidate Sushanta Borgohain, who switched over from the Congress, won the Thowra seat by a margin of 30,561, while BJP's ally UPPL candidate Jiron Basumatary and Jolen Daimary won the Gossaigaon and Tamulpur seats by a margin of of 28,252 and over 50,000 votes respectively.

Borgohain bagged 54,956 votes, while his nearest rival, the Raijor Dal's Dhaijya Konwar, who fought as an Independent, managed to secure 24,395 votes.

Assam CM Himanta Biswa Sarma on Tuesday said that the Bharatiya Janata Party is now a national party, after the party's victory in bypolls. "BJP is no longer confined to 5-6 states. It is capable to win elections from any state", the Chief Minister said.

"We won all five seats with a huge margin. Today's electoral victory in Assam isn't an ordinary victory as in every seat we won by a margin higher than in general elections. People of North East have reposed their faith in leadership of PM Modi", Biswa added.

Borgohain became the Congress MLA of Thowra constituency in Sivasagar district for the first time in 2011. He lost in the 2016 election, but won the 2021 assembly polls by defeating incumbent BJP MLA Kushal Dowari by 2,006 votes. He resigned from the Congress on July 30, citing "changed internal political atmosphere" within the party.

With these victories, the BJP's strength in the 126-member Assam assembly increased to 60 and UPPL's to six. The other partner in the ruling coalition, Asom Gana Parishad, which had not fielded any candidate in the by-elections, has nine MLAs.

On the opposition bench, the Congress' strength is 27, AIUDF has 15 members, BPF has three and the CPI(M) has one MLA. There is one Independent MLA as well. 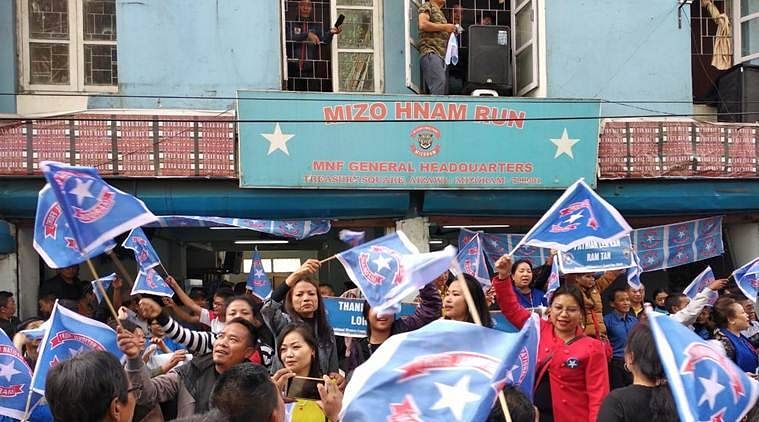