Kejriwal, who had skipped the all-party meeting called by the Prime Minister two days back, also assured full cooperation of his government to the Centre
PTI 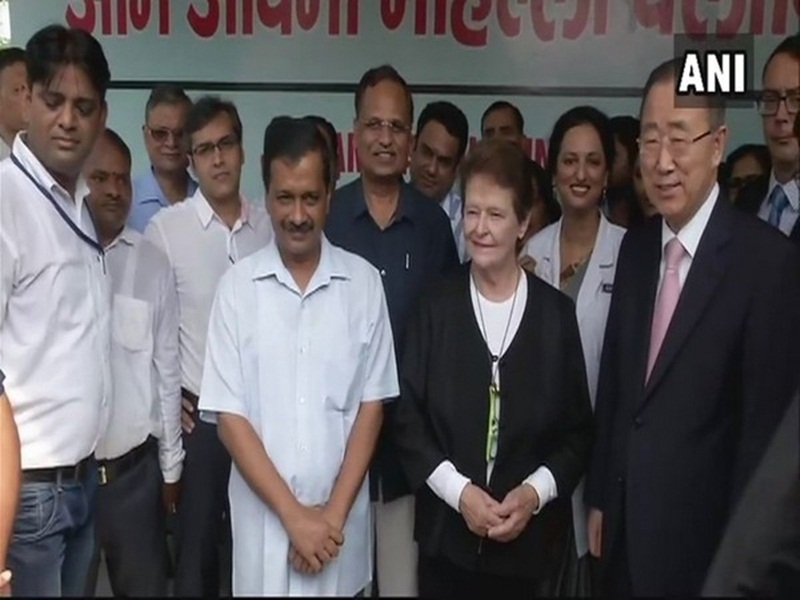 New Delhi: Chief Minister Arvind Kejriwal Friday met Prime Minister Narendra Modi and invited him to visit 'mohalla clinics and schools' in Delhi while asserting that his dispensation will examine whether the Centre's Ayushman Bharat programme can be integrated with the Delhi government's health scheme.

Kejriwal, who had skipped the all-party meeting called by the Prime Minister two days back, also assured full cooperation of his government to the Centre. It was the first meeting between Kejriwal and Modi since the BJP-led NDA has formed government for second term following a thumping victory of the Bhartiya Janata Party in the Lok Sabha elections.

"Ayushman Bharat was briefly discussed. Informed Hon'ble PM that Delhi Govt's Delhi Health scheme is much bigger and wider in scope. "However, assured him to examine if Ayushman Bharat scheme cud also be integrated into our scheme (sic)," Kejriwal said in a series of tweets after the meeting.

Under the 'Ayushman Bharat Pradhan Mantri Jan Arogya Yojna (AB-PMJAY), the government aims to provide health protection cover to 50 crore poor people. Under this, so far about 26 lakh poor patients have availed treatment in hospitals.

According to Kejriwal, during meeting, he also invited the prime minister to visit a 'mohalla clinic' and a government school being developed by the AAP dispensation. Kejriwal, who has been a vocal critic of Modi, also sought to work with the BJP-led central government to develop the national capital.

"Assured full cooperation of Del govt. To develop Delhi, capital city of India, it is imp that Del govt n Centre work together (sic)," he said in another tweet. Also, Kejriwal sought the Centre's support in executing the Delhi government's plant to store Yamuna water during rainy season.

Since the AAP government has been formed, on several occasions in the past, Kejriwal, his ministers and Aam Aadmi Party leaders have accused the Modi government of creating hurdles in the works of AAP government.