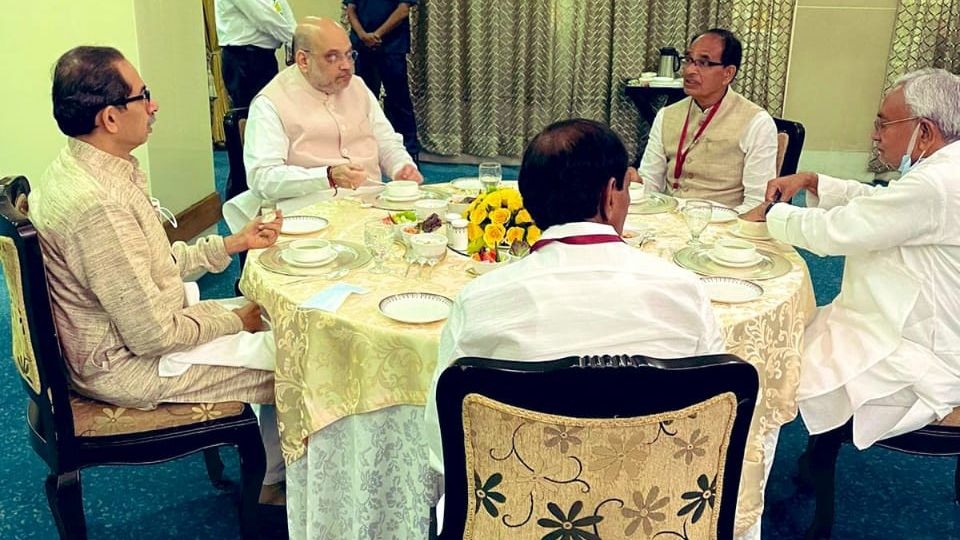 Union Minister Amit Shah on Sunday urged chief ministers of 10 states affected by Maoist activities to give priority to the problem of Left Wing Extremism for the next one year in order to find a permanent solution.

Union Home Minister Amit Shah said it is very important to neutralize the sources of income of the Left Wing Extremists. "The agencies of the Central and State Governments should try to stop this by making a system together", Shah said.

The review meeting on 'Left-Wing extremism' under the chairmanship of Union Home Minister Amit Shah was held at Vigyan Bhawan in Delhi on Sunday.

The home minister reviewed with the chief ministers and officials the security situation and ongoing operations against Maoists and development projects being carried out in the Naxalism-affected areas, the sources said.

Shah took stock of the requirements of the states, the strength of forces deployed to tackle the extremists, development works like the construction of roads, bridges, school, and health centres being carried out in Naxal-hit areas.