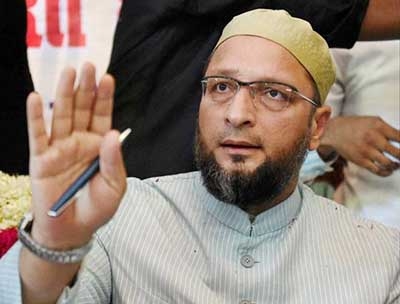 Hyderabad : Claiming that 50,000 Muslims migrated after the 2013 Muzaffarnagar riots, AIMIM President Asaduddin Owaisi on Saturday asked the BJP if it would send a fact-finding committee there, akin to the one sent by it to Kairana on the issue of alleged migration of Hindus.

The Hyderabad Lok Sabha member termed as ‘bogus’ the list of 346 families who are alleged to have ‘fled’ Kairana in Uttar Pradesh, adding that it suited the interests of both the BJP and the Samajwadi Party to create a ‘drama’ over the issue.

Owaisi claimed “50,000 people had left their original places where they had lived for generations” after the Muzaffarnagar riots, and termed it as “mass uprooting” of minorities after country’s Independence. “Would the BJP send a fact-finding committee? Would the BJP find some time to send delegation to find out what happened to those 50,000 people who are displaced? (after Muzaffarnagar riots),” he said.

“Basically, they (BJP) have no other issue and this (Kairana issue) shows the real face of BJP that all this talk of development, ‘sab ka saath sab ka vikas’, is all a farce…unfortunately, they are being helped by Samajwadi Party,” Owaisi claimed.

When such issues are in the forefront, Samajwadi Party is happy as it does not have to answer questions on their failure to deliver and on ‘misgovernance’, he said.

Owaisi said the AIMIM would contest the Assembly elections in Uttar Pradesh, due early next year, but added that it was too early to give the number of seats that it would contest.

He said his party was open to forging an alliance in Uttar Pradesh. “Yes. I have no issue if such a proposal comes. We are open for alliance but we will have to wait and see what happens.”