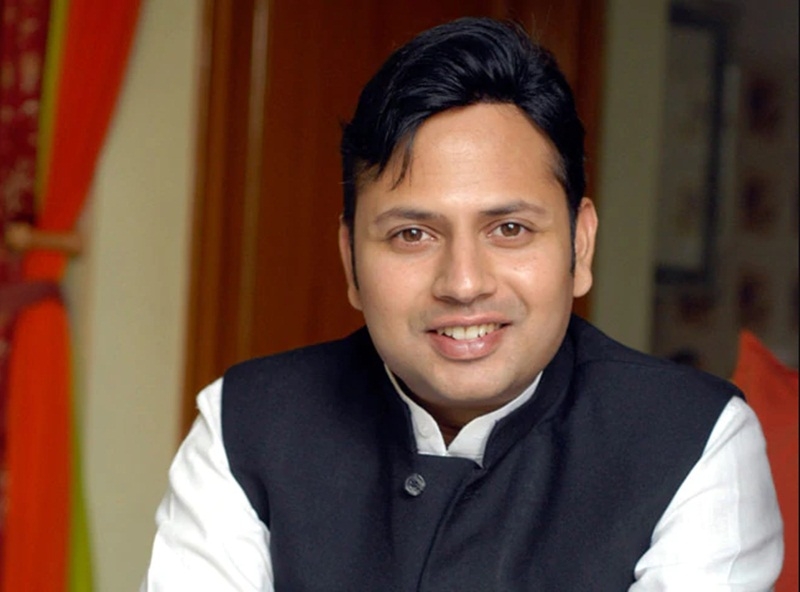 Jaipur: The political fate of the two prominent leaders of the state who are contesting the Lok Sabha election this time will be decided today.

Chief Minister Ashok Gehlot’s son Vaibhav Gehlot is contesting from Jodhpur while former Chief Minister Vasundhara Raje’s son Dushyant Singh is trying to enter the Lok Sabha for the third time from Jhalawar, a seat that was represented five times by her mother. The Jodhpur constituency became a key affair because of the presence of Gehlot’s son there and Gehlot himself campaigned for his son’s victory.

Gehlot went to Jodhpur more than six times and even undertook a door-to-door campaign soliciting support for his son so much so that even Prime Minister Narendra Modi made a remark that while the Congress is losing all the 25 seats in the state, Gehlot was begging vote for his son. This resulted in a verbal duel between the Prime Minister and the Chief Minister. Vaibhav’s opponent is Union Minister Gajendra Singh Shekhawat, who is considered very close to BJP president Amit Shah.

The Congress and the BJP leaders came in large numbers to campaign for their respective candidates in what was dubbed as a titanic battle where the prestige of the Chief Minister was at stake. Vasundhara Raje also campaigned extensively for her son Dushyant, who faced a meek rival Pramod Sharma fielded by the Congress. Sharma had recently joined the Congress quitting BJP.

Manvendra Singh, the son of former Union minister Jaswant Singh who quit the BJP and joined the Congress before the last Assembly election is contesting from Barmer and found the going tough against the BJP’s Kailash Choudhry. Manvendra was fielded against Vasundhara in the Assembly election from Jhalrapatan, but he lost by a big margin.

Apart from Dushyant Singh, who is a former royal and comes from the Dholpur royal family, two other royals in the fray are the former princess of Jaipur Diya Kumari, who is contesting from Rajsamand and Jitendra Singh of the royal family of Alwar contesting from Alwar.

While Diya Kumari is expected to win from Rajsamand, Jitendra Singh may find his BJP opponent Baba Balaknath a tough opponent. The exit polls have favoured the BJP giving it as many as 24 out of the 25 seats while some channels gave the Congress two, four and six seats.