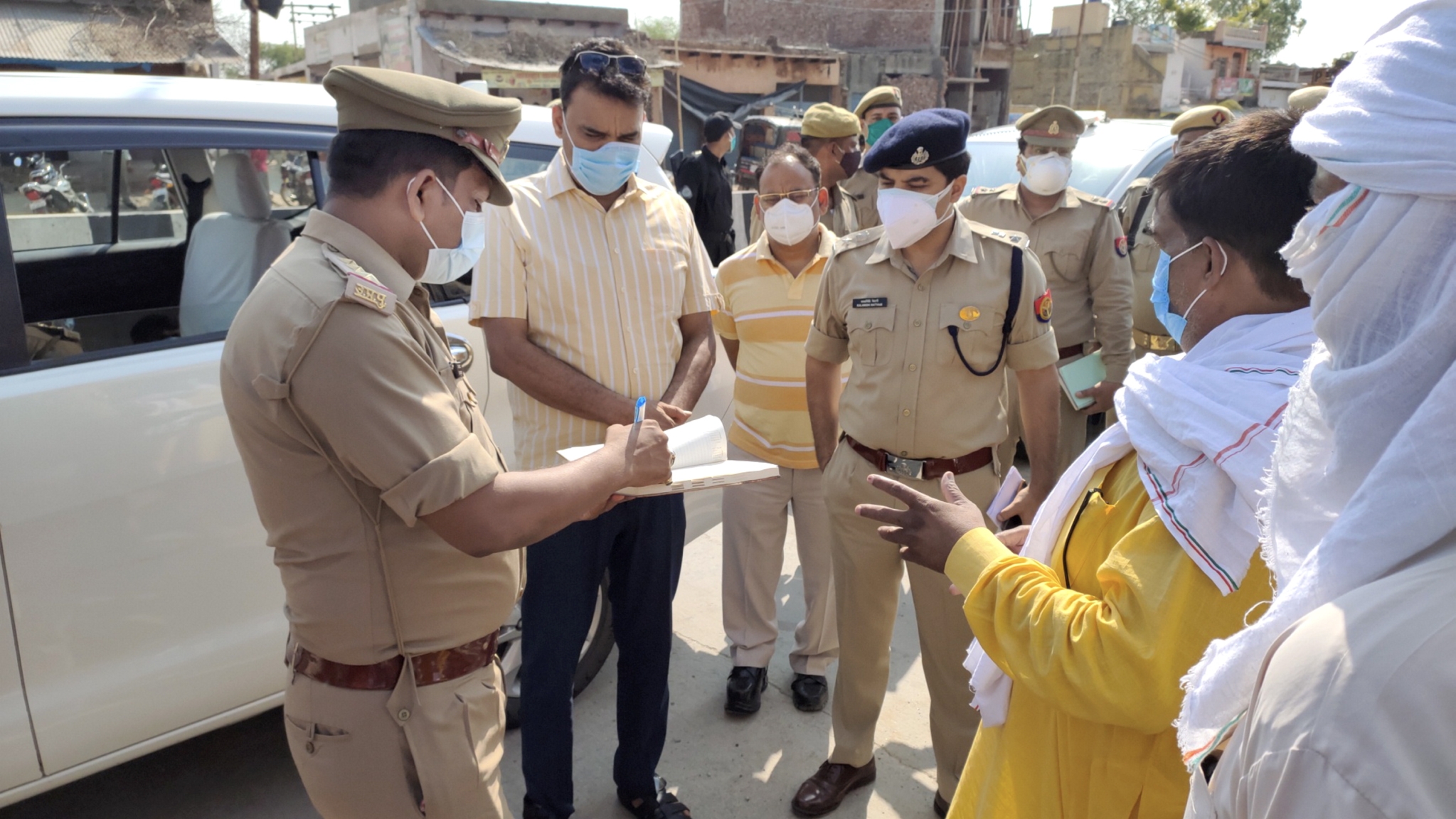 Aligarh/Lucknow (UP): The Aligarh hooch tragedy toll rose to 36 on Monday with authorities confirming 11 more deaths amid fears that it may rise further, even as the Uttar Pradesh government cracked the whip on UP Excise Commissioner P Guruprasad, and suspended two other senior officials.

In another statement issued in Lucknow, the state government said Circle Officer Gabhana Karamveer Singh has been suspended, while a clarification has been sought about the incident from Circle Officer Khair Shiv Pratap Singh and Circle Officer (City-3) Vishal Chaudhary within three days.

Viscera samples of 35 other people, who are suspected to have died after consuming spurious liquor, have been sent for examination to confirm the cause of death, Chief Medical Officer (CMO) Dr Bhanu Pratap Kalyani said.

Meanwhile, 10 persons allegedly involved directly and indirectly in the trade of illicit liquor were arrested on Monday as raids continued for the third successive day all over the district.

Senior Superintendent of Police Kalanidhi Naithani told the media that with Monday's arrests, the total number of persons arrested since Friday has reached 30.

Among those arrested on Monday are some persons, who were involved in the manufacture of alcohol-based products.

A large number of vehicles owned by persons involved in the illicit liquor trade have also been seized. Police parties are checking roadside eateries to ensure that no illicit liquor is sold through such outlets.

The SSP said the process of confiscating the properties of those found to be involved in the illicit liquor trade has also started.

Former Samajwadi Party (SP) MLA from Aligarh Zameerullah Khan produced before the media the families of 12 people who he claimed died over the past three days after consuming the spurious liquor and whose post-mortem was not conducted. He demanded that the state government provide compensation to all such families.

CMO Kalyani said, "A total of 71 bodies have arrived at the post-mortem house from Friday to Monday forenoon. Liquor poisoning has been confirmed as the cause of death for 36 of these people." The post-mortem of the remaining 35 bodies has also been conducted.

Though these people are also suspected to have died of liquor poisoning, the cause of death will be confirmed once the viscera report comes, he said.

BJP Lok Sabha MP from Aligarh Satish Gautam accused the district authorities of "protecting some corrupt officials in the excise department and attempting to implicate some innocent businessmen". He said he would raise the issue with Chief Minister Yogi Adityanath.

The MP, who had claimed on Sunday that the death toll in the hooch tragedy had crossed 35, said the district magistrate cannot "escape responsibility" of identifying and listing the names of those who have lost their lives in this tragedy.

Gautam also denied reports that he is "using his influence to protect some businessmen who are close to him".

"Let the police investigate such cases with a free hand and catch the real culprits. But I will not allow any official to cover up his lapses by diverting attention and framing innocent people," he said, adding that he will meet the CM shortly to apprise him of the situation.

District Magistrate Chandra Bhushan Singh did not comment on the MP's allegations.

SP leader Zameerullah Khan demanded that compensation be given to all such families. In one case, Khan claimed, a woman whose husband was among the hooch tragedy victims who were cremated without a post-mortem has been running from pillar to post with her four-day-old child to seek compensation.

"Can such victims be denied ex-gratia relief on vague technical grounds?" he asked.

The SP leader further claimed there are similar cases in several other villages and they should be investigated immediately to prevent further agony for the bereaved families.

President of the Bahujan Samaj Party's Aligarh unit Ratandeep Singh said he has also written to the district magistrate regarding the 12 cases from Lodha, Rait and Sujaapur villages in which the alleged hooch tragedy victims' last rites were conducted "without a post-mortem examination".

He claimed there are several such cases that can only be traced by conducting a detailed survey of the affected villages.

Congress leader Pradeep Mathur alleged that the local administration is hiding facts and the number of deaths is "much higher". He also accused the state government of "patronising" the liquor mafia.

In a statement, SSP Naithani said two inspectors under Tappal police station were suspended on Sunday after reports were received that liquor shops are operating freely in their area.

Similarly, the station house officer of Akrabad police station and another inspector were suspended after it came to light that a factory manufacturing spurious liquor had been operating in their area for the past six months, he said.

Meanwhile, three people in Chandana locality under Kuwarsi police station area here fell ill early this morning after consuming liquor. They were rushed to the hospital in a serious condition, the police sources said.

As of Sunday, 11 of the 12 people, including kingpin Anil Chaudhary, booked in connection with the hooch tragedy had been arrested, according to police.