Bhiwandi (Maharashtra): AIMIM chief Asaduddin Owaisi on Saturday took a dig at the BJP and Rashtriya Swayamsevak Sangh (RSS), saying that it is "only after Mughals."

Addressing a rally in Maharashtra's Bhiwandi, Asaduddin Owaisi said, "India is neither mine, nor Thackeray's, nor (PM) Modi-Shah's. If India belongs to anyone, it's Dravidians and Adivasis but BJP-RSS only after Mughals. India was formed after people migrated from Africa, Iran, Central Asia, East Asia."

Owaisi also slammed Nationalist Congress Party (NCP) president Sharad Pawar and questioned him as to why he didn't meet Prime Minister Narendra Modi over Nawab Malik's arrest as he did for Shiv Sena MP Sanjay Raut.

Taking a dig at NCP, Shiv Sena and BJP collectively during a rally, Owaisi said, "BJP, NCP, Congress, SP (Samajwadi Party) are the secular parties. They think that they should not go to jail but it is okay if someone Muslim party member goes. NCP chief Sharad Pawar goes to meet PM Modi to urge him not to take any action against Sanjay Raut. I want to ask NCP workers why Pawar did not do the same thing for Nawab Malik."

"Is Nawab Malik less than Sanjay Raut? I want to ask Sharad Pawar why you didn't speak for Nawab Malik? Is it because he is a Muslim? Are Sanjay and Nawab not equal?" asked Owaisi.

"Khalid Gudu was arrested in a fraud case. He is in jail and the section which was slapped on him was totally wrong. I request Shiv Sena and Chief Minister to please release Khalid Guddu," he added.

"They arrested Khalid Guddu because he was against power and corruption. So, the state government arrested him with the help of the Mumbai police," claimed Owaisi.

The period after 2,000 BCE seems to have been a time of great change and mixing in India, as Aryans and Dravidians expanded, agriculture spread, and rice was introduced.

The Adivasi are tribes of the Indian subcontinent who are considered indigenous to places within India. The term is a modern Sanskrit word coined in the 1930s by tribal political activists to give an indigenous identity to tribals by claiming indigenous origin.

The term is also used for ethnic minorities, such as Chakmas of Bangladesh, Khas of Nepal, and Vedda of Sri Lanka. However, the government of India does not officially recognise tribes as indigenous people.

India ratified the International Labour Organization (ILO) Convention 107 on Indigenous and Tribal Peoples of the United Nations (1957). In 1989, India refused to sign the ILO Convention 169. Most of these groups are included in the Scheduled Tribe category under constitutional provisions in India. 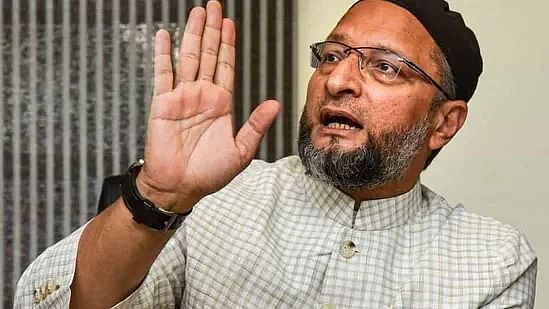 HomeIndiaAIMIM chief Owaisi: 'If India belongs to anyone, it's Dravidians and Adivasis'