Agnipath: Mobs set trains on fire in several states, demand withdrawal of scheme; all you need to know

The protesters demanded that the government scrap the recently announced scheme and continue the existing system of recruitment.

As the protests against the Central government's new military recruitment policy intensified, AK Gupta, Divisional Railway Manager at Secunderabad railway station said that 4-5 train engines and 2-3 coaches were set on fire by the Agnipath demonstrators following which the train services have temporarily been put on hold.

"We'll analyse the extent of the damage. Info of one person being injured. Train services temporarily halted for safety of passengers," AK Gupta said.

Earlier in the day, one person was killed, while eight others were critically injured after the police opened fire to control an angry mob that went on a rampage at the station, setting afire two trains and vandalising the station.

The injured were admitted to Gandhi Hospital.

Raising slogans against the Central government, the protesters also torched bogies of another train at the station, stalls, display boards and other railway property.

In Uttar Pradesh’s Ballia, agitators raised slogans of ‘Bharat Mata ki Jai’ and ‘Agnipath Vapas Lo’ on Friday and set an empty train on fire and vandalised a few others, prompting the police to lathi-charge them.

On Friday, aspirants for jobs in the armed forces burnt one train each in Bihar’s Samastipur, Moihuddin Nagar and Lakhisarai, according to NDTV.

According to the media reports, six compartments of a train were set on fire at Moihuddin Nagar in Samastipur, while two coaches of another train were also set ablaze at Lakhisarai station.

Meanwhile, the residence of Deputy CM Renu Devi, in Bettiah was attacked by agitators during their protest against AgnipathScheme.

Her son tells ANI, "Our residence in Bettiah was attacked. We suffered a lot of damage. She (Renu Devi) is in Patna."

"Such type of violence is very dangerous for the society. The protesters should remember that this is a loss for the society," Ms Devi, who is currently in Patna, told NDTV.

Reportedly, two days after the government unveiled its Agnipath scheme for recruiting soldiers across the three services, protests raged in several cities against the new defence recruitment path with aspirants raising job security and post-service benefits as their major concerns.

The protesters demanded that the government scrap the recently announced scheme and continue the existing system of recruitment. 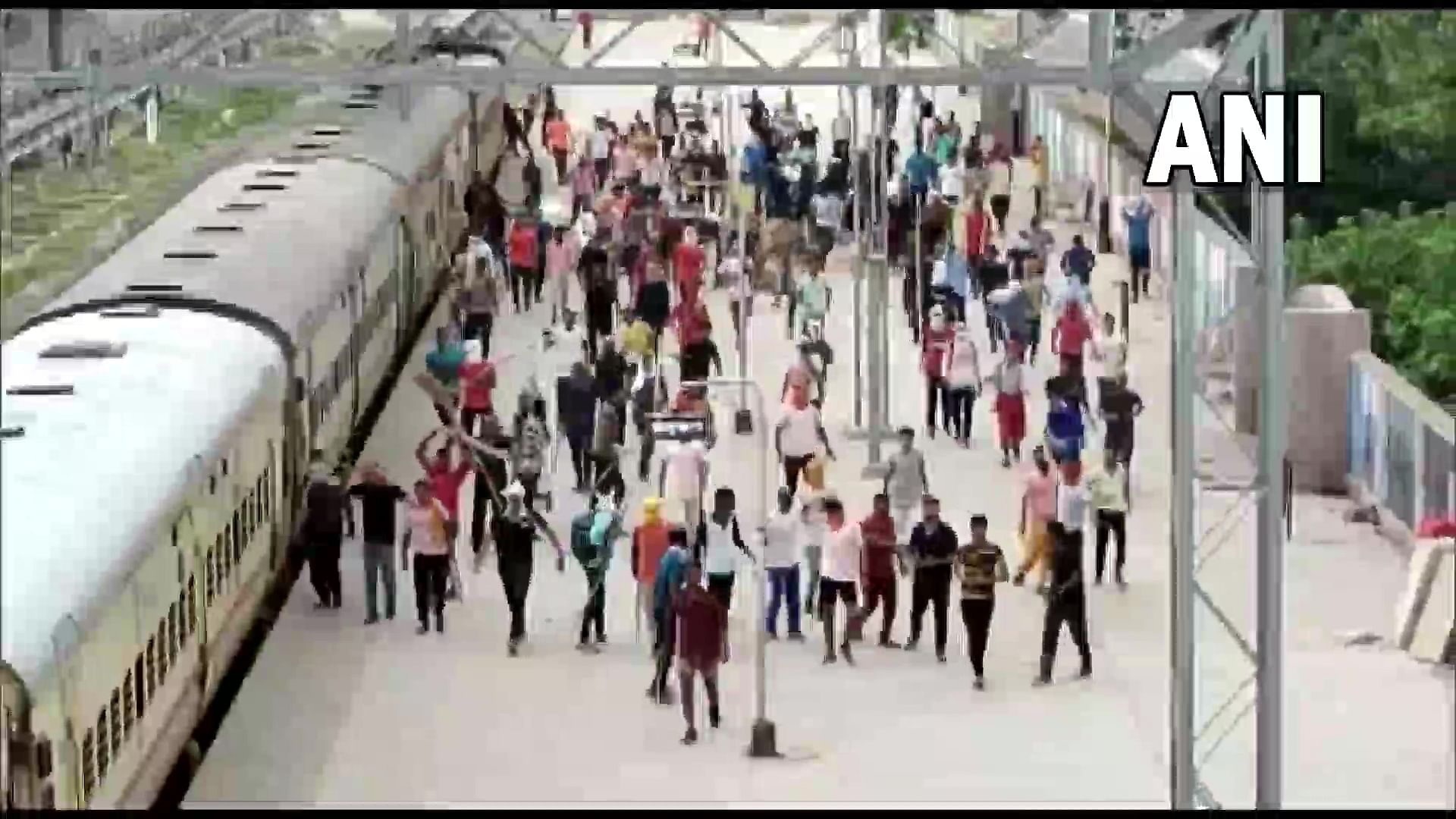 HomeIndiaAgnipath: Mobs set trains on fire in several states, demand withdrawal of scheme; all you need to know