After reports of dissent in UP, Yogi Adityanath to meet PM Modi in Delhi 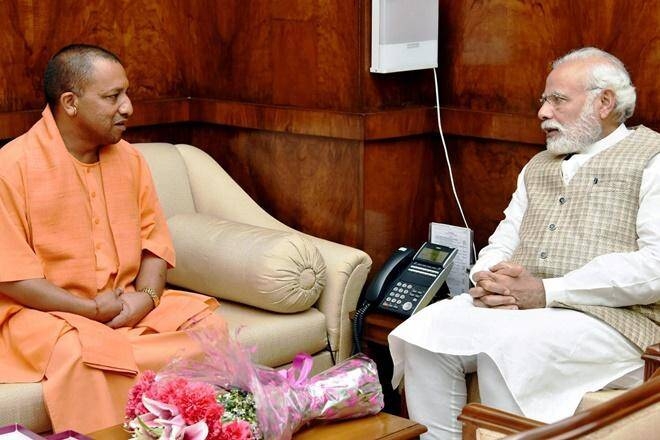 News agency ANI reported that Adityanath arrived in the national capital on Thursday.

As per reports, the Uttar Pradesh Minister will be in Delhi for two days and is likely to meet Amit Shah today and PM Modi and JP Nadda tomorrow.

The visit comes amid reports of dissent within the state BJP against Yogi Adityanath over his COVID-19 management in Uttar Pradesh. Series of high-level meetings by the Bharatiya Janata Party (BJP) were held in Delhi and Lucknow over the past several days.

Earlier, BJP national vice-president Radha Mohan Singh had dismissed talks over the possibilities of a change in party’s or the government leadership in the state, asserting that both are working fine.

Singh made the rebuttals while talking to PTI after his meeting with Governor Anandiben Patel, which he described as a “personal” one. Asked about a TV news channel report claiming an imminent Cabinet expansion in UP, Singh told PTI, “No expansion is going to take place now. Everyone is focussed on the election of zila panchayat chairpersons.”

“The reports appearing in newspapers and news channels do not make any sense,” he quipped.

Singh also junked the reports on the alleged rift between PM Modi and Yogi Adityanath, describing the CM as the most “competent implement” to fulfil PM’s dream.

“If you look at newspapers, you will see that Modi Ji was the first to greet Yogij Ji (on birthday). In fact, we are of the view that Yogi ji is the most competent implement to fulfil the dreams of Modijee,” he said.

The BJP vice president also discounted reports on likely changes in party’s and government leadership in UP, terming them as a “figment of imagination”.