Eight-time Wadala MLA Kolambkar was one of the candidates recommended for the post to the governor. He will administer oath to remaining 287 MLAs during the assembly session
FPJ Web Desk 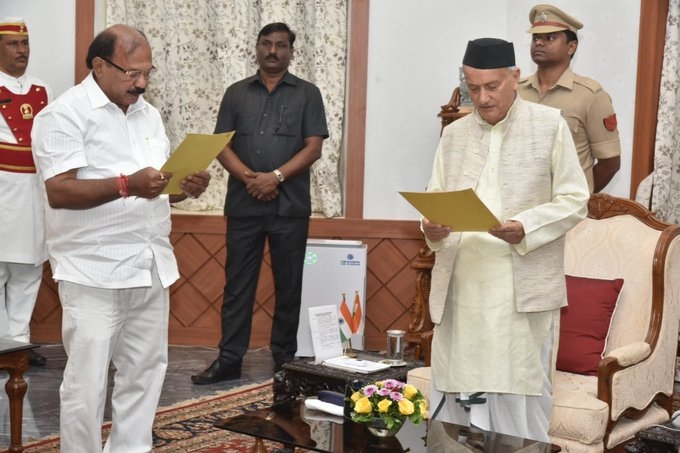 Eight-time Wadala MLA Kolambkar was one of the candidates recommended for the post to the governor.

"The governor has administered oath to Kolambkar as pro-tem speaker of the assembly. Kolambkar will administer oath to remaining 287 MLAs during the assembly session," said an official from Raj Bhavan.

What or who is a pro-tem speaker? The Latin phrase translates to "for the time being" referring to an individual who is appointed for a limited period of time, in this case, to conduct work in the state legislature. This appointment is for when the vote for the speaker and deputy speaker has not taken place.Although it is not a rule, going by convention, the senior-most MLA is usually appointed as the pro-tem speaker.

In an interview with ANI earlier today, Kolambkar had said,"With the grace of God, I believe that everything will be okay.No name has been finalized till now. Yes, I will take responsibility, if the party agrees to it. I can do the batting."