Two days after cyclone Amphan lashed out at West Bengal, Odisha and the neighbouring country of Bangladesh, Prime Minister Narendra Modi conducted an aerial view of the state on Friday. PM Modi was accompanied by Chief Minister Mamata Banerjee and Governor Jagdeep Dhanker.

PM Modi landed at Kolkata airport at around 11 am before embarking on the aerial view of the Bashirhat in North 24 Parganas district. The three of them landed in Bashirhat college at around 12:15 pm for a meeting on the overall assessment. The Prime Minister will then head to Odisha for an aerial view of the damage caused by the cyclone. However, Odisha is not as heavily impacted as West Bengal.

President Ram Nath Kovind has also reached out to Mamata to show concern over the devastation. “The President called me. I am garetful to him. He was sorry for what has happened and said you are fighting devastation,” said Mamata Banerjee who said that the neighbouring country of Bhutan too tried to reach out to the West Bengal Chief Minister. However, due to network issues,the call was not successful.

Meanwhile, rescue operations have begun across West Bengal with civic authorities clearing trees from roads that were blocking movement of vehicles and electric cables that are hanging low. It will take a few days for the overall assessment by the state administration before restoration work begins.

The death toll due to the cyclone has gone upto 80 as of Friday. The state has another challenge of grappling with the COVID-19 pandemic which has reported 3,197 cases and 187 deaths. 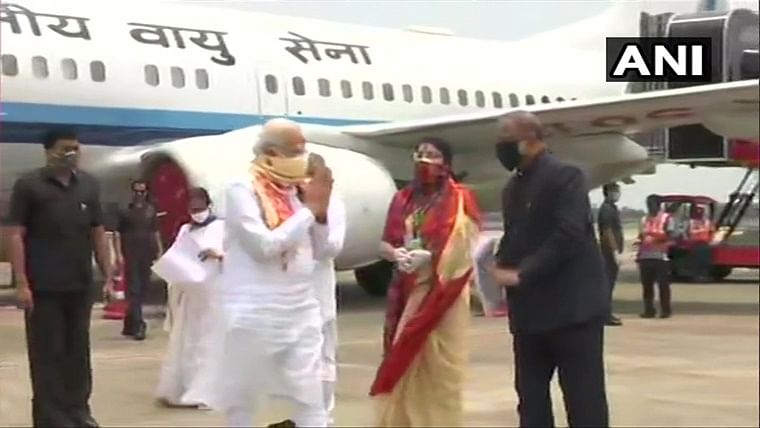