After Amravati violence, MHA says news regarding Tripura mosque vandalization is fake: All you need to know 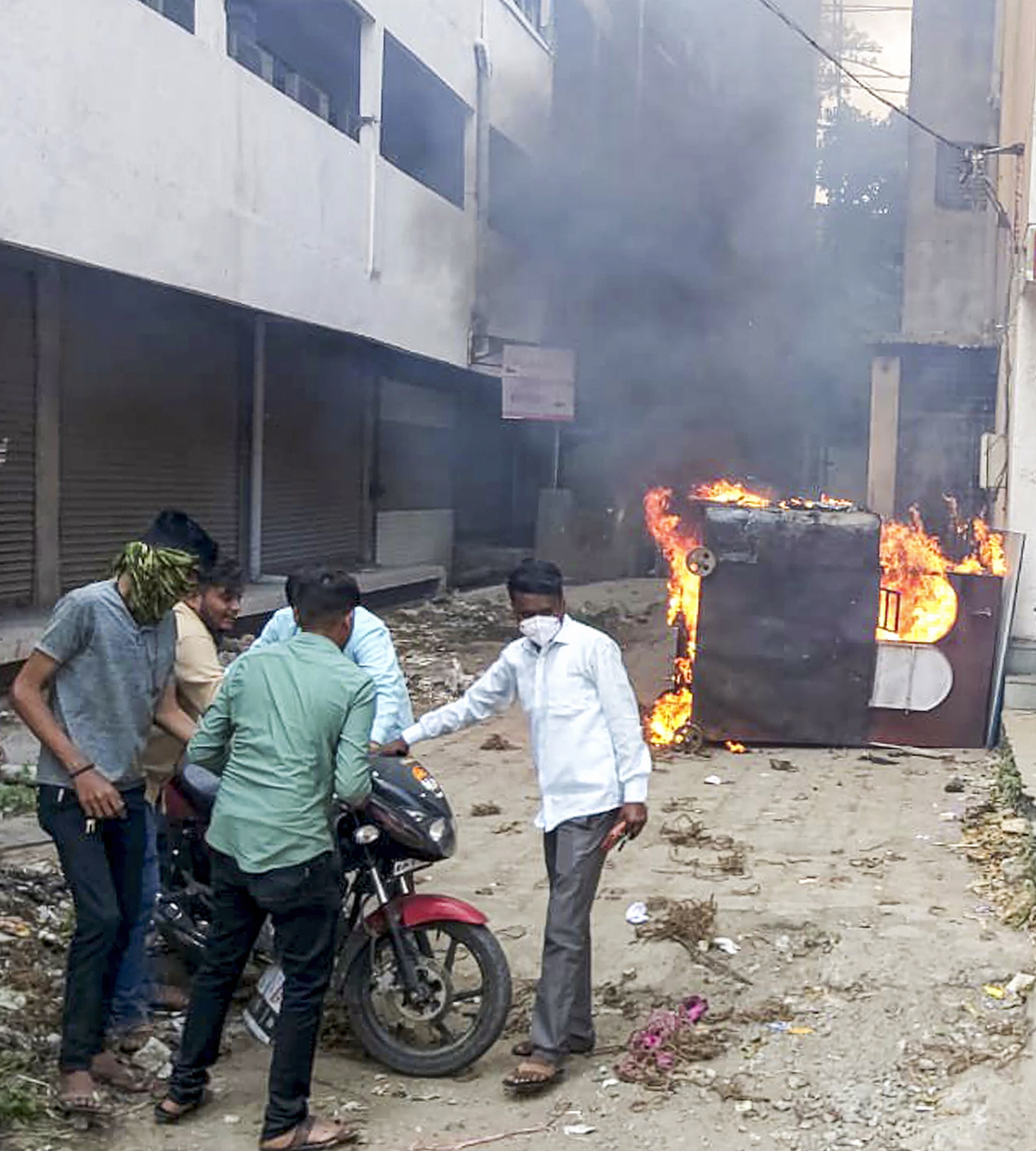 The Ministry of Home Affairs (MHA) on Saturday said the news circulating on social media about the damage and vandalization of a mosque in Gomati district of Tripura "is fake and is a complete misrepresentation of facts". The MHA urged people to maintain calm and not be misguided by such reports.

"There is no reported case of damage of the structure of any masjid in Tripura in the recent past. There is no report of simple or grievous injury or rape or death of any person in these incidents as alleged in some social media posts," the MHA said.

The statement comes in the wake of the violent clash that broke out in Maharashtra's Amravati earlier today after a mob hurled stones at shops during the Bandh allegedly organised by local BJP workers in protest against the rallies organized by Muslim organizations the day before to condemn the alleged violence in Tripura.

Taking note of the violence, the MHA urged to maintain peace at all costs. "For instance, in Maharashtra, there have been reports of violence & unsavoury statements that are aimed at disturbing peace and harmony, based on fake news regarding Tripura. This is very concerning and it is urged that peace is maintained at all costs," read the statement.

Meanwhile, internet services in Amravati will remain suspended for three days so as to prevent the spread of rumours that fuel violence, said city Commissioner of Police Arti Singh.

What happened on Saturday morning?

On Saturday morning, hundreds of people, many of them holding saffron flags in their hands and raising slogans, came out on streets in Rajkamal Chowk area of the eastern Maharashtra city, located around 670 km from Mumbai.

Some members of the mob hurled stones at shops in Rajkamal Chowk and other places, the police official said, adding that the police lathi-charged the protesters to bring the situation under control.

Against the backdrop of back-to-back incidents of stone-pelting on Friday and Saturday, additional police commissioner Sandip Patil issued orders imposing curfew in the city limits of Amravati under sections 144(1), (2), (3) of the CrPc to avoid any untoward incidents.

On Friday, stone-pelting was reported during rallies taken out by Muslim organisations to protest against alleged incidents of violence in Tripura at Amravati, Nanded, Malegaon, Washim and Yavatmal.

Police have so far arrested 20 people and detained four others by registering 20 FIRs under various charges, including rioting, in connection with Friday's incidents.

Launching a veiled attack on opposition BJP, Shiv Sena MP Sanjay Raut on Saturday said the violence in Amravati and other places was aimed at destabilising the MVA government.

Speaking to reporters in Aurangabad, Raut said the state government is firm in the saddle and real faces of the perpetrators of violence will be exposed soon.

"Raising the bogey of violence, they (Opposition) will meet the state governor and write letters to the Union home ministry claiming that the (law and order) situation in Maharashtra is deteriorating. This will happen in the future too. But the state government is firm in the saddle," Raut said.

"The state government will take necessary action. However, some people are using this for political gains," she said and appealed to people to not believe rumours.

"I want to question those leaders in the state who came to power by taking the votes of Muslims why they didn't condemn the violence in Tripura. If this violence in Maharashtra is a 'tit for tat' by any political party then this is the example of irresponsibility," he said.

Opposition leader Devendra Fadnavis said it was wrong to organise rallies in the state for an incident that "never occurred" in Tripura and appealed to people to exercise restraint.

"The Tripura government and local police have clarified that no religious place of a minority community was burned down. They have issued pictures of the same as well. I appeal to both the communities to observe restraint," the former chief minister told reporters in Mumbai.

The senior BJP leader also said that political parties in the state government should not give inflammatory statements.

What has the Tripura govt said?

Last month, the Tripura government alleged that a vested interest group from outside had hatched a conspiracy to create unrest in the state and malign its image by uploading a fake photograph of a burning mosque on social media. The police have investigated and found that no mosque was burnt in Panisagar sub-division in North Tripura district as claimed by social media posts, Information and Culture Minister Sushanta Chowdhury said.